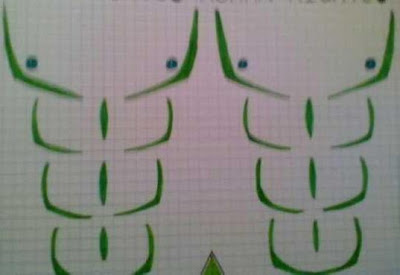 I was at work doing the usual work-y stuff (mostly just Facebook and Twitter), when you came online. We’d been messaging back and forward for a couple of days after one of your other subs suggested I contact you, but this was the first time we’d actually chatted properly. After being assured that, while a Dom and all, you weren’t going to organise to have me gang raped (at least, not without my asking for it), we arranged to meet for a very quick session at your place, just a few blocks away from work. Naturally, I got lost. My sense of direction is apparently so bad that I can have the exact address written down and be standing right outside the clearly-numbered building without realising it’s where I’m meant to be. Sigh.

When I did eventually get to your place, I knocked and stood with my back to the door as arranged, and a few seconds later you opened it, shoved a blindfold on me, and dragged me inside. For some reason (no, I don’t know why either), I was expecting the blindfold to be removed once I was safely inside, but instead you kept it on me as you handcuffed me from behind and started feeling me up (after, of course, taking off my jumper and pulling my pants down). While it was a bit confronting for somebody like me with minimal experience, I loved that you were so nonchalant with your groping. I tried returning the favour but a sharp bite to my left nipple and a few rough slaps to my balls stopped me quickly.

You soon turned me around and pushed me towards the ground, and I got to my knees in response. It’s here that I was able to feel your cock without your pants being in the way for the first time. OH MY FUCKING GOD. Your cock is amazing. This may just be the blindfold talking, but calling it as thick as a beer can would be an understatement. I couldn’t even get my mouth wide enough to suck it without my teeth getting in the way. Naturally, this angered you, and I began to feel as though the few people I had sucked before (all with thinner and most with shorter cocks) were just humouring me by saying I was good at it.

You allowed me the chance to play with myself while I was sucking you, but gave me a very limited time in which to come. Still on my knees and still trying to breathe around your massive dick, I jerked as quick as I could, and eventually managed to jizz on your floor with less than 30 seconds left. However, I was still there for your pleasure and you hadn’t come yet, so I had to keep sucking you as best as I could. You uncuffed my hands and told me to play with your balls while I was sucking, and while I did it, I was still conscious of how my balls were feeling and tried to be gentle. You kept telling me to be rougher, but between my trying not to hurt you and the fact that your sack is so fucking tight, I found it exceptionally hard. To do it, I mean. Not that either of us wasn’t. Eventually, you gave up and jerked yourself to an orgasm, sticking it back in my mouth for me to swallow. It tasted incredible. Now having no need for me, you ordered me to pull my pants up, still blindfolded, then opened the door, removed my blindfold, and quickly shut it behind you. I never got to see you face (or any other part of you).