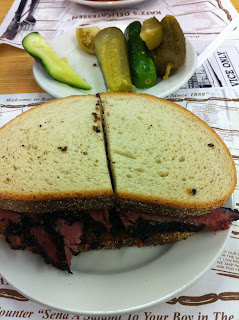 New York.  There’s so much to like about this city. Broadway shows. Off-Broadway shows. Off-Off-Broadway shows. Picking up a hot young performer at Marie’s Crisis and taking him back to your hotel to fuck the hell out of him (you know who you are). Having a pastrami sandwich at Katz and resisting the urge to snigger at their “Send a salami to your boy in the army” slogan. And of course, going to the New York Bondage Club.

I really enjoy watching good bondage being undertaken. It is unfortunate that many guys aren’t prepared to take the time to do elaborate bondage or have it done to them.

It is totally fine to only be into bondage as a means of restraint as part of a power play, but there can be incredible beauty in elaborate rope work. There is absolutely nothing wrong with tying up a willing boy just to fuck them – but it is very interesting to take the time to turn them into a living sculpture.

Good bondage can be artistic, intense, thought provoking, experimental and expressive. For many boys, the time and care taken by their master to ensnare them in a complicated bondage display is viewed as a gesture of affection and display of how much they are valued as a submissive.

On my last visit I got to see some really nice scenes. My favourite was when a barely legal teenager was tied down, with tape over his mouth, and had his balls tied to the balls of a muscle boy who was tied up against an adjacent pole. They were both slowly tormented and jerked off. Lots of fun to watch.

Other scenes involve suspension. I was chatting with one guy, who wasn’t anything special to look at, before he was tied up and worked over. It was a was a reminder how a nice, but essentially ordinary guy, can end up looking amazing after a full head mask and ropes are applied. He looked incredibly hot in the scene as I watched.

That reminds me of the time I sent a boy some pics of a guy tied up and helpless in leather and rope. The boy thought that the guy in the pics was really hot and asked if he could fuck him sometime. I replied that it would depend on how flexible he was, as they were pics of him from one of our previous sessions – and that’s not the first time that has happened.  😉  Ropes and bondage can make every the most ordinary guy look incredible – and for me that’s part of the fun.

If you are visiting NYC then make sure you see a few Broadway shows…and spend a night at the NY Bondage Club. Most of the guys are really lovely and enjoy putting on a show for you. You’ll learn a lot – and might even find yourself on the main stage if you are feeling daring. 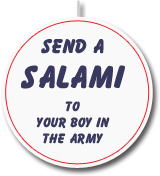 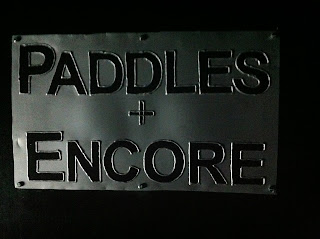 And do have the pastrami sandwich at Katz. It’s not better than sex, but it’s definitely better than an amateurish hand-job