A few more funny moments involving sex…because it can be very funny.

Last week I was pounding the hell out of Sissyboy in the sling. I was grabbing him by his harness and throwing him around, and bitch slapping his face while power fucking him. It got pretty vigorous – and pretty vicious – which he loves.  At the end of the take, the cameraman said “did it just get all Showgirls in here?”. Classic.

I got home from work a couple of weeks after returning from Berlin. I took my underpants off and my balls felt weird. Smoother and slicker than normal. I pondered this for a while – before I worked out that I was wearing the same underwear I had worn to Fickstutenmarkt in Germany. It turns out that my washing machine didn’t remove all of the silicone based lube that I had been using to pound the mares.  It appeared to have soaked up so much lube that a normal washing machine cycle was unable to removal. So that was an expected reminder of that awesome night. 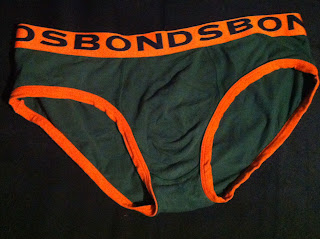 Some pics from Sissyboy’s last session…in blue light it turns out that the orange ball stretcher glows quite vividly. Photos haven’t been retouched at all.  🙂 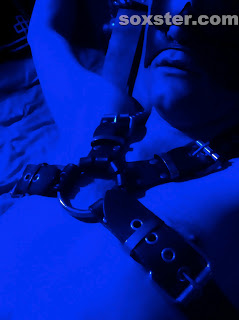 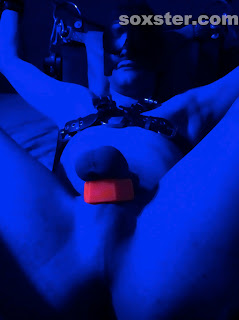 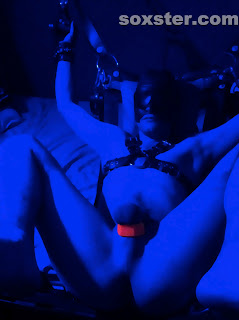 And finally, some comments on the video I posted of the boy in the space bag (Suck it Up 2).

“Wow I just watched the suck it up video. That’s incredible”

“Tell him I want to see more”

“I don’t have the balls to do that”