Melbourne is kinkier than Sydney

There is a long standing rivalry between Sydney and Melbourne. Australia actually built a new capital city, Canberra, from the ground up because it agreement couldn’t be reached as to whether Melbourne or Sydney should be the capital. I’m a proud Melbournian. When I try to explain to visitors the difference between Melbourne and Sydney I point out that Sydney is a little bit flashier, a bit more image conscious and is more divided into cliques. Melbourne is more down to earth – it is easier to live in Melbourne, more of a sense of community and a little more alternative. Think of Melbourne vs Sydney as San Francisco vs Los Angeles.

Sydney doesn’t really do kink very well. There are some good parties, but from the people I know who have lived in both cities, there does seem to be a shortage of decent kink tops. A Melbourne boy I know, who I sounded and fucked tonight, is almost always a bottom boy (and a really good one) and now lives in Sydney found that he had to learn to top in order to get good kink sex. There just weren’t any good tops.

A friend of him explained that he was now a S.I.T – that’s a Sydney Involuntary Top.

I love visiting Sydney – but if you are planning a trip to Australia and want to get some good kinky sex, make sure you head south young man! 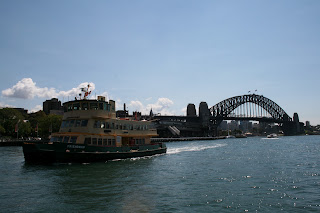