I was talking with a straight friend at a gathering this weekend where there were many young gay guys present and discussion turned to the definition of the term ‘Twink’. I explained that it referred to a young guy who was still a bit cute and innocent who wasn’t a jock or a highly athletic guy. Young and sweet.

“Ah like that American snack food – full of cream” he said.

“Well not by the time I’ve finished with them” I replied.

We laughed and a thought occurred to me. I addressed an imaginary a twink I had just used and abused. “I’m sorry, but you are still young and dumb.”

Rather quick witted I thought.

I think the other issue is that younger guys who play with older guys are often afraid of looking stupid – and so they don’t ask questions. People often think that asking question is a sign of weakness – whereas it is actually a sign of strength. If you don’t ask, you won’t know. Only confident people ask questions.

Some people take longer to work out who they are and what they want.  So talk with a twink and find out what makes them tick. Become a member of TOP – the Twink Outreach Program – today! 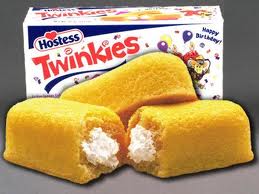