So a very hot boy who blows me occasionally – and who has the second hottest mouth I’ve ever experienced – just sms’d me and asked if I was available for a quickie before he caught the last train home….this all happened less than an hour ago.

Jeremy: Licks you
Andrew: Hey sexy  🙂  how are you?
Jeremy: Hahaha a little drunk haha and u!
Andrew: Horny.  😉
Jeremy: Oh really? When u last blow! I’m at drinks haha near by! Thought of your massive dick haha
Andrew: Last blew last night
Jeremy: Mmm wot a waste! Wot you doing?
Andrew: Where are you?
Jeremy: Lol just around the corner. But really need to catch the last train home. U wanking ATM?
Andrew: Was about to?
Jeremy: How fast could u blow 😉 if I only had a few mins….  😛
Andrew: Depends on how good your mouth is
Jeremy: My mouth is pretty good 😉  u got big load to blow? Why don’t u start wanking now?
Andrew: Deal
Jeremy: Be there in 4 mins, ok?
Andrew: Meet me in the alley next to my building

Tonight it is a cold winters night – about seven degrees centigrade at the moment.  Reasonably cold by Melbourne standards anyway.  I dragged him into the emergency stairwell of my building which is unheated and concrete painted a worn, but very functional gloss grey. Dull fluorescent lighting. I pushed him too his knees. I unzipped, flopped my soft cock out and pushed it into his mouth. He unbuttoned his pants and started stroking himself furiously with one hand while he sucked and fondled. As my cock swelled it got too awkward for his hot mouth suck me through the fly and I unbuttoned and pushed my jeans to my knees. My cock hardened up rapidly – the cold air contrasting beautifully with his very hot wet mouth. I alternated between slapping my cock across his face, fucking his face and rubbing it over his face.

He is an amazing sucker. He has a few too many teeth, but knows exactly how to get guys off. After he sucked me hard he started licking my balls and under my balls to really get me going while I stroked myself. His hand ran up and down my legs from my ass to my knees.  Having a hot boy tonguing my balls and sucking my cock in an extremely talented way, and knowing he had a train to catch, got me extremely hard and ready to blow in just a few minutes.

This kid is pretty awesome – he sucks very impressively. Gets me off fantastically. And generally blows his own load within seconds of my own. That shows both talent and dedication.  🙂

Within thirty seconds of him blowing his load we were both zipped up and dressed. He wiped his sticky hands off on my jocks, which I didn’t mind as I was just going upstairs and he was going for a train ride. He gave me a thank you peck on my lips and slipped out the fire escape, into the alley and was gone to catch his train – which he made with about three minutes to spare.

Jeremy: Made the train hope you enjoyed that.
Andrew: Are you kidding? My pulse rate is still racing. 🙂
Jeremy: Hahaha….is it? So you enjoyed then lmao
Andrew: Check out soxster.com in half an hour
Jeremy: Ok cool. I’ll check it out.  🙂  Hehehehe. So good enough to be written up? lol
Andrew: It was amazing 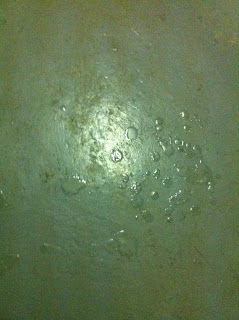