No talking with your mouth full

This article in the Sydney Morning Herald (the main broadsheet paper in that city), was quite interesting:

One paragraph talks about how the author’s sex life was essentially muted due to his experiences at boarding school and the need to jerk off quietly in a dorm:

I had just had sex with a woman – for me, at least, a very enjoyable experience. We were lying in bed afterwards and she broke that awkward silence by saying, “You went to boarding school, didn’t you?”
“But … how did you know?” I stammered. “You don’t make a single sound when you come.”

This reminded me of a story I heard from a friend in Brisbane. This isn’t a myth – I can name names, dates and the school. None of which you are getting – not even a nudge and a wink.

The Vice Principal of the school lived on campus and, it was widely rumored, was regularly fucking one of the year 12 borders.  One night he was patrolling the hallway of the boarding house after lights out listening for people who were still talking. The penalty for talking after lights out was detention.

He heard voices coming from one room and crept to the door to avoid arousing suspicion. He put his hand on the door knob and flung it open. He didn’t find two boys talking, but rather two boys going down on each other in a 69 position. They looked up in shock – their lips wet with saliva and pre-cum.  The Vice Principal looked at them, they looked back, he looked at them, they looked back – and then he backed out of the room slowly and closed the door. Nothing more was said.

The twist in this story is that if they had been talking they would have gotten detention, but sucking each other off let them get away scott free.

In my imagination, at this school to this day boys talk with each other after lights out with their dicks in eachothers mouths to avoid detention. 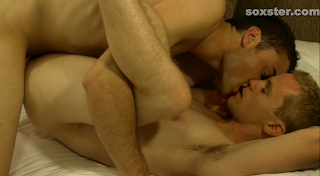