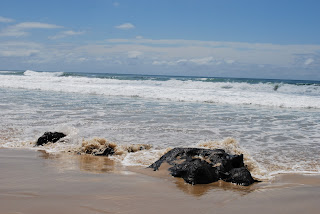 I was once booked to head up to Noosa for a long weekend holiday. Unfortunately, I had to cancel at the last minute. Rather than let the hotel go to waste I offered it to a friend who lived in Brisbane. He drove up there on Friday night after work. It only takes a couple of hours.

On the Saturday, my friend decided to wander into the national park which has a reputation as a bit of a beat. Almost immediately he encountered two guys who were clearly after some ass. Rough boys with skin heads and tatts. Kris wasn’t sure if they were gay or bi boys who liked to fuck guys from time to time. But he didn’t really care.

He invited them back to the hotel (the one I had booked and paid for) and proceeded to have his brains fucked out by both of them. A rough and intense three-way where they took turns using his ass and mouth.

But this is where things get interesting. Because every time they slowed down, Kris demanded more.

“Is that all you got?” he taunted.

“No way” they said, and they picked up the pace again.

Determined to show him who was boss they fucked him again and again. And each and every time they slowed down he mocked them until they kept pounding him. This went on for hours and hours.

Eventually they were worn out. They literally laid on the hotel bed panting with their cocks limp and unable to go on, no matter how much he insulted them.

He had fucked two rough top boys into submission – as a bottom.  It’s a fascinating switch of power and control.

Taking two pieces of rough trade and reducing them to two exhausted fuckers who were so tired they couldn’t continue shows you what a truly awesome power bottom Kris is.  Very impressive.  🙂