I was arranging a session with a sub and I had invited a friend over to help. The plan was to tie the sub up and leave him in the corner of the room while we talked and chatted.

There is actually a big difference between tying up someone and leaving then in another room while you go and watch American Dad for an hour, and having someone tied up in the same room who you ignore for 98% of the time but occasionally throw things at refer to in conversation – to remind him that you are ignoring him.

I love the concept of people being ‘actively ignored’. Another great tautology.

It comes back to one of the recurring themes of soxster.com – that in scenes context is everything. Some boys love the idea of being tied up and left alone. Others like to be tied up in the same room. When talking with a boy who says he wants to be tied up you need to dig a little deeper to find out exactly what he wants. 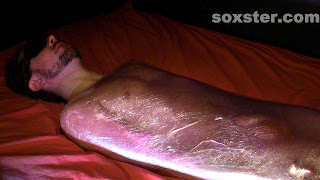 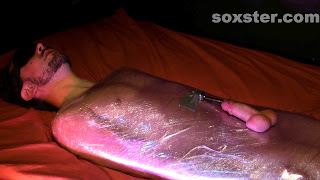 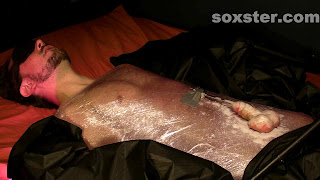 And this is the sort of thing that happens when you finish ignoring them.