Let’s have an adventure!

I’m writing this on the U-Bahn on my way to the tenth annual Hustlaball in Berlin. I’m filled with a sense of anticipation that is almost child-like. It feels like I am going on an adventure – in the same way I did when I was younger.

This has prompted the following thought. Are events like Hustlaball successful in part because they appeal to the same desires we had as children to explore and prove ourselves in new environments? Is attending a party where people will be naked and fucking merely the adult equivalent of a child exploring their neighborhood? Is the darkroom the adult equivalent of a dark and scary wood to be explored? Is dressing up in leather or underwear the equivalent of putting on a superhero cape and mask?

(Actually, many superheroes wore their underwear on the outside so that’s a pretty strong similarity)

It is a legitimate question to ask. Why do a group of men from all over the world seek to come together in Berlin to attend Hustlaball? Is it because of the sex? Probably not – I bet you can have amazing sex in your own city with a lot less effort than it requires to fly to Berlin. Is it the sense of community? Not really – as the disparate nature of the people who are attending, with dozens of nationalities and languages, makes the creation of ongoing community beyond the weekend a little improbable. Is it to bond with friends? Maybe, but there are a lot people going solo here as well.

On reflection, I think that a key part of the motivation is the desire to have an adventure. The whole experience creates one. Finding out about the event, the planning, thinking about it in advance, wondering what it will be like, the journey to Berlin, taking yourself out of your regular environment. The anticipation, going shopping and deciding what to wear. Having the confidence to overcome nervousness about a new experience. Queuing to get in. The experience. The wind down. Telling your friends of your adventure afterwards.

So as i prepare to alight from the U-Bahn for what I’m sure will be a very interesting night, I recall the words of practically every children’s book where at some point the characters turn to each other and say “Let’s have an adventure”.

Tonight is dedicated to The Famous Five, Secret Seven, TinTin, Harry Potter and every other fictional character in children’s literature who encourages us to explore! 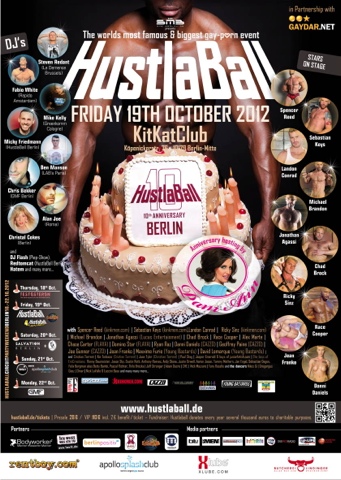