Those who know me realize I like to keep busy. It is a rare evening when I have free time after work. But I love my life so I’m definitely not complaining.

I’ve been talking with Grayson who is a hot eighteen year old for about six months. He is just so damn cute.  Short, great body, smooth chest, long hair perfect to wrap your fingers in. And a great smile.

He has a breathless way of speaking. It’s as if every phrase is a mini explosion of a thought or idea from his mind. It’s very endearing.

We met on Grindr and continued chatting on Skype. But we never managed to catch up. When he was in the city I always seemed to have something else on.

He was waiting on my doorstep when I got home. Even cuter in person. Massive height difference between me and him. I towered over him – which I liked as I knew I would be able to carry him around and get him into all sorts of great positions.

We came up in the lift and entered my apartment which was still strewn with the detritus from the luggage of my latest overseas holiday.

We talked, we kissed. As we were kissing I grabbed his legs and lifted him off the ground. With his legs wrapped around my waist and his arms around my neck it was pretty intimate. I lowered him to the ground and asked him if he wanted to try the sling – to which he gave a shy affirmative answer.

We went to the toy cupboard and he found a harness and asked what it was (it wasn’t done up and looked like a collection of random straps). I explained and he seemed interested so I found a harness in his size and put it on him. I explained how to find the two shortest straps (which are the ones that go over your shoulders) and fitted it to him. He looked great and seemed to be pretty pleased by this turn of events. I let him feel the harness and then I explained that it was perfect to hold onto during sex. I grabbed the front of his harness and pulled him towards me and into my arms where I kissed him.

I asked if he wanted to see one on me so I also stripped and put one on. More kissing. Two guys in underwear and leather harnesses.

I noticed one interesting thing – when we were kissing he didn’t close his eyes. I asked him about it and apparently it’s usual with him. I think perhaps it is something that will change as he gets older and learns to relax.

I dragged the sling out of the toy cupboard and attached it to the hooks. It was the four point cargo net sling with padded blue ankle straps, a blue pillow and blue wrist cuffs. We stood chest to chest at the bottom of the sling and kissed. I pulled down his underwear and gently stroked his hard teenage cock. We kissed some more. I told him to take off my underwear and he pulled them down and off. He grasped my cock and started to stroke it. I directed one hand down to my balls.

I gently pushed him back into the sling. He put his legs into the stirrups and made the rookie mistake of trying to pull himself further up the sling. I explained his ass should be just hanging off the end of the sling, and grabbed his hips and pulled him further down and into the right position. His cock was now precuming. I left him in the sling while I left the room to get a towel to put on the floor under his ass.

I squirted a decent amount of lube into my fingers and started rubbing it over the outside of his hole. It was slightly hairy but with hairs so thin and fine that it wasn’t an issue.

I teased his hole for a while. Not actually penetrating him but stimulating his ass. I wasn’t stroking his cock too much as I didn’t want him to get too excited too soon.

I started with my thumb gently pressing on his ass until the ring yielded and it slipped inside. He was in a bit of discomfort so I pulled out and started again with my index finger. He started to relax and really enjoy it. Millimeter by millimeter I pushed into his ass my finger getting closer and closer to my goal.

Eventually I found his prostate – quite an obvious one. I knew it would be easy to stimulate it. I started lightly stroking it and his reaction was immediate. I had to confirm he liked it as the thrashing the head from side to side and gasps could have equally been a sign of pain. Having confirmed it was pleasure I stepped up my stimulation. He really loved it and demanded I kiss him. The angle really isn’t right for that so
I pulled out move to his side – that way I could push my fingers into his ass as well as kiss him. He pulled my head toward him to hold me close as my fingers attached his prostate.

His phone was charging near the bed so I grabbed it and took some pics of him in the sling. “Will these end up on your website?” he asked nervously. I reminded him that it was his phone I was using so that was up to him.

I showed him the wrist restraints on the sling – short handles you hang onto with a leather strap that secures the boy in place. I didn’t strap him in but told him to hold onto the handles, mainly so he would leave his cock alone and get a sense of what it is like to have someone play with your ass when you are helpless.

I went back to opening up his ass. With fingers and then toys. I started with a rod of small stainless steel balls. This is a great toy for training young asses. You feel each ball as it slips past your ring into your ass – but as the toy is pushed in and out – getting faster and faster – the bottom works out that if he relaxes his ass then the sensations are better. It actually teaches boys to keep their ass relaxed – as if they clamp down the sensations become more intense.

I used a whole range of toys on his ass. He was actually pretty tight but it was definitely a mental thing rather than his ass. There were moments, that got longer as the session progressed, where his ass relaxed and became open and willing. Then the sensation of my stimulation would cause him to tense up again.

A series of pink silicone balls was next. I slowly eased them into him one at a time. I pulled them out and showed them to him and he was proud of himself for taking it. I slowly worked them back into him and slowly got him to the point where I was fucking him with them.

During the ass play my mouth would occasionally wander down to his cock and balls. His balls were very loose and I could move them around in his sack with my tongue. His cock was rock hard the whole time. Precumming occasionally with that sweet precum that teenagers seem to have.

“How many fingers do you think i have up your ass?” I asked him at one point. He guessed four, it was actually five. His ass was definitely relaxing now.

I decided to see if he could take my monster cock. I rubbered up and slid it up and down his crack. I slowly eased the head in but that was as much as he could take. He really wanted it though – I’m really looking forward to training that ass to take me.

We moved from the sling to the bed. Lots of rolling around and kissing. He went through my toy boxes and found

I had a blue leather collar lying around from a previous session so I fastened it around his neck and attached the matching wrist cuffs to each arm.  He looked fucking adorable – a hot teenager in a collar, cuffs and a harness – hard to imagine anything better than that.

He found a silicone butt plug that connects to a silicone cock ring via a strap. The idea is that when you walk or play with your cock, the strap rubs against your perineum and moves around the butt plug.

He slid the plug into his ass and I helped get his cock and balls through the ring. The whole thing fit him perfectly.

We playfully rolled around on the bed and I lay on my back and propped my head up with pillows. I moved him onto my crotch – the same position he would be in if he was going to ride my cock. I started to move him up and down but rather than my cock in his tight teen hole it was the butt plug.

He was having a very good time. The plug was moving around inside his ass. The cock ring was pulling on his cock and balls. He had his hands on my chest as he rocked back and forwards on my crotch.

He bounced up and down on my crotch – the rubber strap between his legs pulling on his cock, balls and ass as it moved around.

I reached around him and started playing with the silicone butt plug going into his ass and he moaned harder.

I rolled him off me and onto his side so we were facing. We kissed as his breathing went back to normal.

The next half hour consisted of us just hanging out in bed. We talked about sex and movies. He has incredible knowledge of films and I loved his passion for the subject. I started making a list of films he hadn’t seen for future visits (so we can fuck, watch a film and then fuck again before snuggling).

I played with his balls and missed him while he jerked off. He was lying on his back with me almost on top of him.

Hopefully this session relaxed him before his final high school exams. In two weeks he will have finished year 12 and he will have a whole summer to fill in before he starts uni in March next year. He may have finished his formal education for the moment, but there is definitely some on the job training coming his way…. 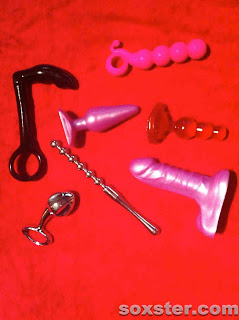 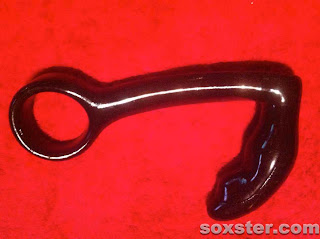 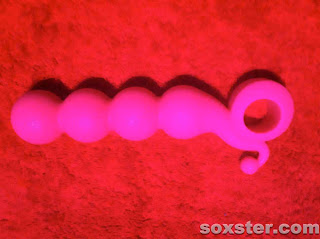