Hustlaball – Is that a mirror ball on your head?

More pics from Hustlaball 2012. The first strippers I saw on the main stage were these two cute boys. At least I thought they were strippers – but they went far further than that!  🙂  Again, sorry for the crap photos from my phone, but it at least gives you an idea. These guys had juniorfetish.com written on their bodies. After such a nice show, a free plug for them is really the least I can do!  🙂 Oh, and the photo of them showing their asses to the crowd was them bowing to the audience – just in the wrong direction. 😉 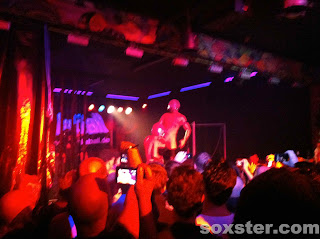 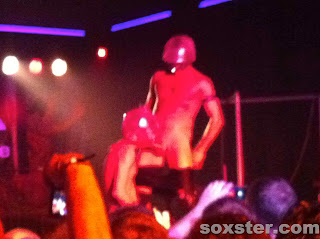 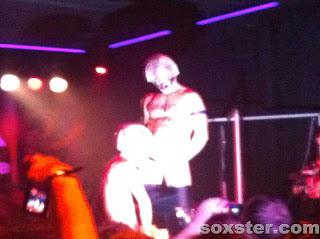 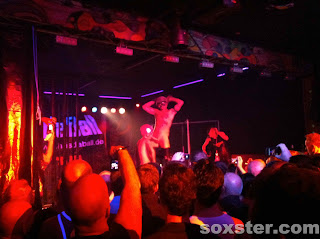 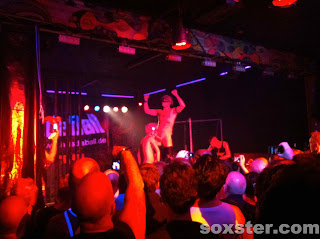 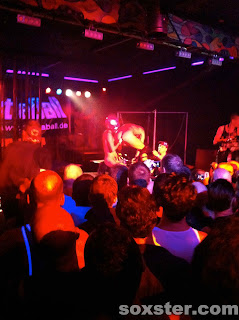 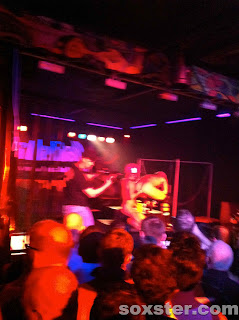 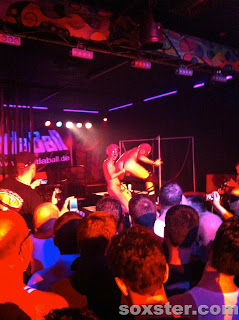 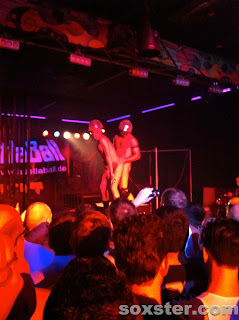 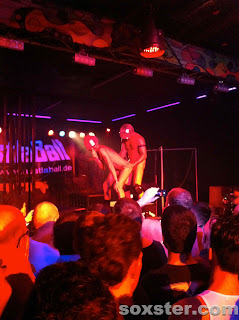 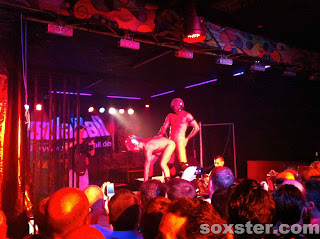 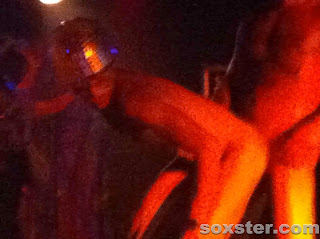 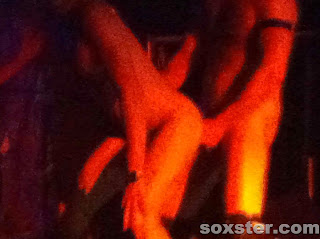 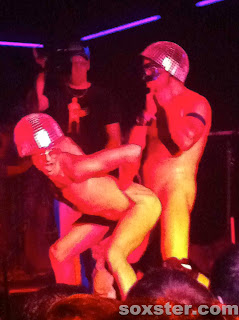 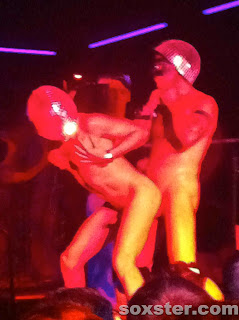 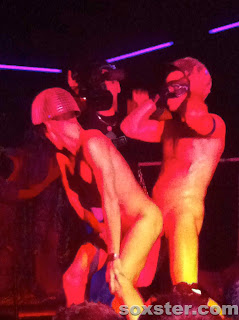 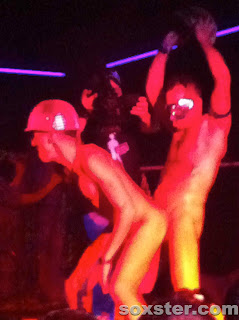 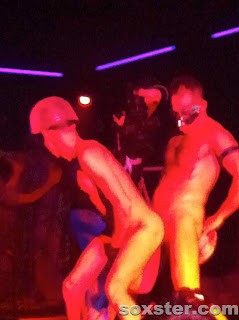 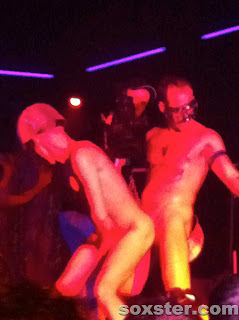 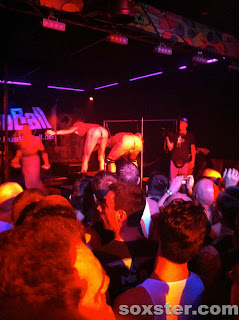 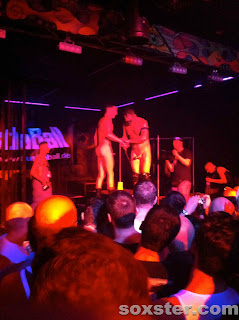 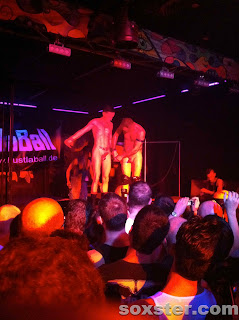 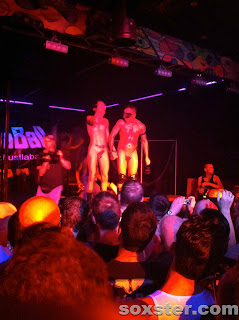