The return of Riley 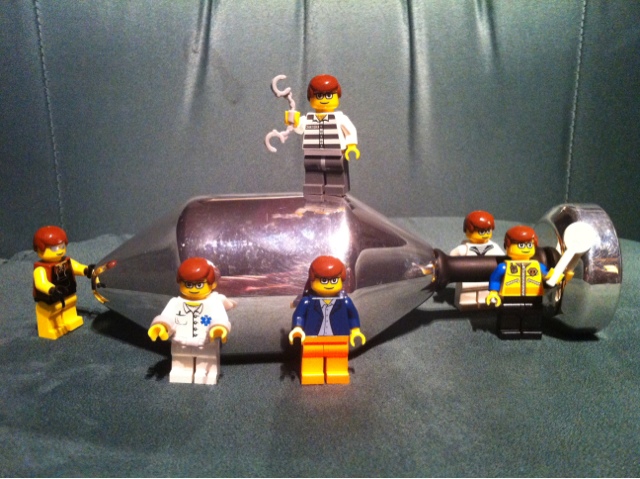 Sunday was awesome. Riley came back for his second session. I didn’t have much time so it wasn’t going to be another marathon seven hour session – but we did play for a couple of hours.

After I gloved up, I went straight for the prostate with my middle finger. He moaned and ground down on my finger. He rapidly opened up. I didn’t have to work too hard as he got wider and wider. When I complimented him he laughed and said “thank god for my bowling pin”. His ass opened easily around my fingers.

I’ve owned an ass lock for ages with a massive ball on it. I used it in a session a few weeks ago. Because I often show boys videos from recent sessions, boys they often want to try the same toys.

As a result of this my fully stainless steel my ass lock has spent most of the last three weeks either in boy’s asses or being boiled to sterilize it.

He took the massive ass lock ball really easily. I went slowly but there was no real difficulty as his ass stretched around the giant ball and it locked into place in his butt. I used the metal rod attached to the ball to push it up again his prostate and he moaned.

After he adjusted to the intrusion I pulled it out of his ass slowly and slipped his cock and balls through the metal ring. After some careful manipulation of his rock hard cock and teen balls he was wearing the ring and I eased the ball back into his ass. The ass lock actually pulls your cock and balls towards your ass. When you are in the sling it means that your cock stands up slightly rather than against your stomach.

I stroked and manipulated his cock – making the ball in his ass jump around. He moaned.

I then started slowly pulling the ball out of his ass and pushing it back in. This really got Riley going. The stainless steel ball almost became a blur as I fucked him with the ball. He loved the feeling as his teenage ring stretched over the massive ball. It got to the point where it was popping in and out once a second.

We took a short break when I felt something in his ass (shit happens) and he had tightened up by the time he got back in the sling ten minutes later.

I reached for my newest toy.

I love steel toys because you can boil them. Unfortunately because this butt plug has a rubber section for comfort you can’t boil it.

So I’ll have to clean it thoroughly with anti bacterial soap and leave it for at least a week between plays. It isn’t really practical for a condom to be used on the steel – and after all, part of the attraction of the toy is the steel sensation.

The massive steel plug was in his ass. I pulled it out. His ass was still probably fistable. I worked him over with my hands. He was once again almost ready to take a fist but wanted to go to the bathroom again. When he emerged from the bathroom he suggested we try something else as his digestive system wasn’t quite cooperating. Damn – once again – so f**king close.

We decided to review the proceedings. I pulled the video cards from the camera and we headed to the lounge to watch them. After we reviewed his footage we watched a few other boys and we both boned up. I fetched the ass lock from the bedroom and eased it over his cock and balls, and then pushed it into his ass. I told him to wander around the apartment and he moaned softly as the ball moved around and massaged his prostate with each step.

We agreed to finish off in the shower. He removed the ass lock and left it in the sink. We jumped in the shower together, covered each other with soap and cleaned up. I paid special attention to his ass so that he was squeaky clean when I pushed him again the wall, spread his legs and rimmed him senseless. I blew him and he then blew me. It was taking me a while to blow but I finally did while I made out with him and he played with my balls. After blowing my load over his toned and perfectly tanned stomach I reached down to his perfectly rigid cock. He told me I didn’t need to bother. When I asked why he said that he had blown a load earlier while my cock was in his mouth. Damn – I missed that. Got to love eighteen year olds who can blow and not even go limp for a second.

Riley is an awesome guy and I can’t wait to finally slide my wrist into his schweet ass. 🙂