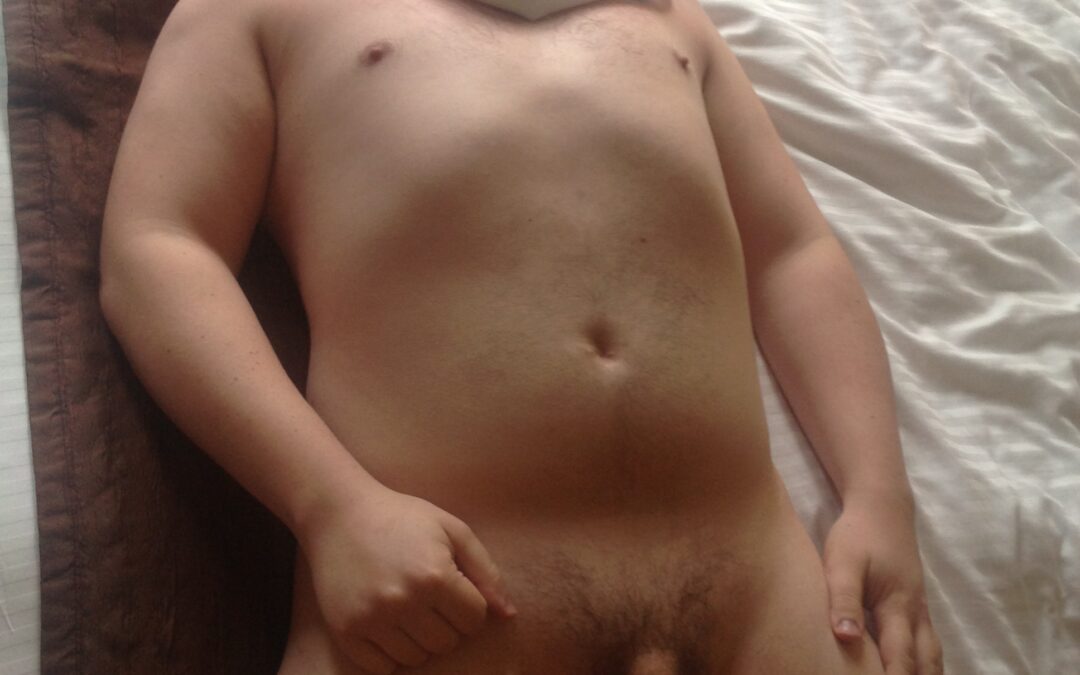 I guess the work Xmas party season has begun. Liam, a boy who has previously appeared on Soxster had his work Xmas party and he had decided to rent a hotel room in the city so he wouldn’t have to find his way home afterwards.

I left work around six and he needed to be at the Xmas party by seven so that gave us just 45 minutes to play.

When I arrived at the hotel I texted him I was on my way up to the room. The door was ajar and I entered to find him sitting with a pillow case over his head as instructed. I grabbed a second pillow and stripped it of it’s cover and pulled it over his head – adding to the first to make sure he couldn’t see. I pulled him up out of chair and pushed him back onto the bed. I played with his chest, teased his cock, balls and ass, and tweaked his nipples.

I pulled him up so he was sitting on the edge of the bed and pulled his hands on to the buttons of my tailored jacket. When that was unbuttoned I threw it over the chair and pulled his hands to my vest buttons. He had gotten the idea and quickly unbuttoned my vest. His hands brushed my fob pockets which unfortunately these days contain my mobile phones rather than one of my antique pocket watches.

The vest joined my jacket as he got to work on my shirt buttons. My shirts tend to be brightly colored as I get the. tailored in Hong Kong and Bangkok.  I have a penchant for wearing three piece suits without ties. Some people may argue he was lucky to be blindfolded as he unbuttoned my shirt and be spared the sight of my shirt. I unclipped the cufflinks myself and the shirt was added to the growing pile of clothes on the chair. He greedily unfastened my pants, and felt my jocks all over before they crowned the pile of fabric on the chair.

With the pillow case still over his head I put his hands on my cock and balls and made him massage them until I was rock hard. I pulled up the pillow case until it was possible to slip my cock into his mouth. His vision remained obscured while he suckled on my shlong.

I made him suck my cock in various positions. With me standing, sitting, lying back and with his head hanging back over the edge of the bed while I fucked his throat. Sometimes rough face fucking, other times I let him gently worship it.

I opened the amyl and put it up under the pillow case. Like most boys a really decent shot of amyl made him a better cock sucker. I’m not entirely sure why that is – but the sensations combined with the blindfold tend to slow them down and concentrate on the sensations – focused on what they are actually doing rather than what they think they are doing.

After about half an hour the pillow case came off. He really is a pretty decent cock sucker. I increased the frequency with which I was feeding him amyl. I was taking more than a few sniffs myself.

During the entire session – from the time I arrived until the moment I blew I hadn’t said a word. Not one word. I was directly direct though – I held his head while throat fucking him and guided him to do whatever I wanted to do. It was fun – him being used blindfolded for the most part without a single word of reassurance.

It was a really nice session. I eventually blew a load all over his face and within 23 seconds he was blowing his own load. I do like boys who blow within a short time of me. Well done Liam.