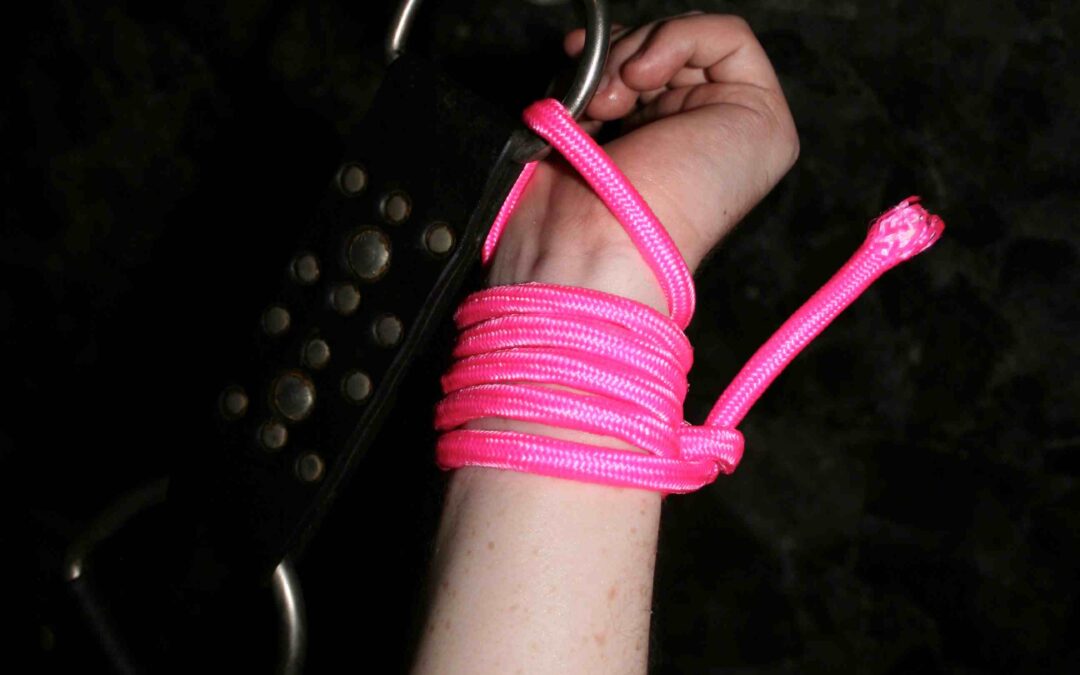 When I was younger I went rock climbing with my school. There was one section that was an almost totally smooth granite rock face. I couldn’t even begin to see how someone could climb it. There just weren’t any hand or foot holds. The instructor showed me something incredibly cool. I was blindfolded and led to the wall. Over the next ten minutes I scaled a fifteen meter rock face, feeling my way up inch by inch. Locating the handholds in the rock until I reached the top.

Taking off the blindfold at the top I abseiled back down and tried to work out how I had done it – and I couldn’t. It just wasn’t possible. Ledges that feel large when you are blindfolded feel impossibly small when you look at them.

I’ve learned to use a similar technique with massive ass toys. If I’m trying to slide a massive toy into a boy’s ass then it helps if he is blindfolded and his hands are restrained. If he can’t see the toys or grip it with his hands then he has a natural tendency to relax to take it – simply because he can’t see how large it actually is. It stops him tensing up. I’ve lost track of the number of boys who I’ve asked how many fingers I have in their ass and they’ve guessed two or three, when I have all five in them. It’s a very effective technique to get boys relaxed and used to taking large things in their butts.

As young Charlie found out during his first session…..but more about that later…..