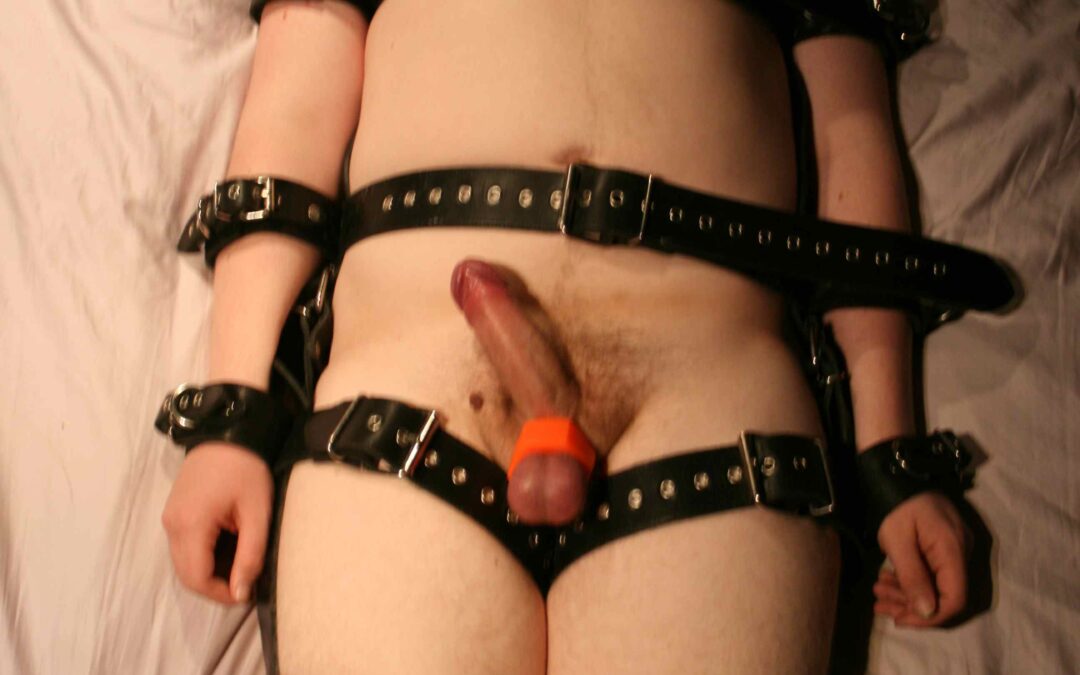 I had an amazing night last week with a fucking adorable 18 year old.  While he was very inexperienced, Peter and I fucked like rabbits and I had an awesome time. He has this incredibly adorable habit of biting his lip in anticipation that drove me absolutely wild. I’ll give you my impression of his session in a later post, and then show you some photos of him in action (his first fuck after he turned 18), but to start with, this is what he thought of the session…

I honestly didn’t know what to expect out of my first session with soxster – I do know his name, I just have it as soxster in my head though.

I was extremely nervous as it was my first experience with something new and different, so I didn’t know what I was in for, at this point I just knew I’d be blindfolded. Upon reaching the apartment I was blindfolded – as I knew I would. As soon as I was, the nervousness was just replaced with horniness.

We stood at the door for a little bit, which just further turned me on, I felt like I was out on display. Vulnerable as well. but fuck it turned me on so much.

When we moved from the door to bedroom, we did our first trust test which I definitely didn’t think I was ready for. Pushing me blindfolded onto the bed without actually being able to test my surrounding was probably the scariest part of our night.

The next part of our night was the foreplay. Never have I ever had a dick as beautiful as soxster’s seemed. Just perfectly huge, just begging to be sucked and pleased for as long as it needed. Personally I think I’m pretty good at giving head. I hope soxster agrees.

Before too long I was on my back getting strapped into leather, restraints that I was told are custom made. That was probably the moment that I knew I was completely safe in this session.

After a bit of teasing we moved onto the sling, tried a couple of toys, was rimmed to my hearts content and fingered like no tomorrow!

The next part is probably my most unsuspected moment, he decided to see if I could take his dick. I got nervous again but there is something really safe about being in that sling, I don’t know the logic behind it. It didn’t take long for me to be able to take it all.

After trying a couple of positions it was time for my favourite part, got a nice huge load on my face. and that was my session, other than some cuddles and a shower. Overall I’d give it a 10/10