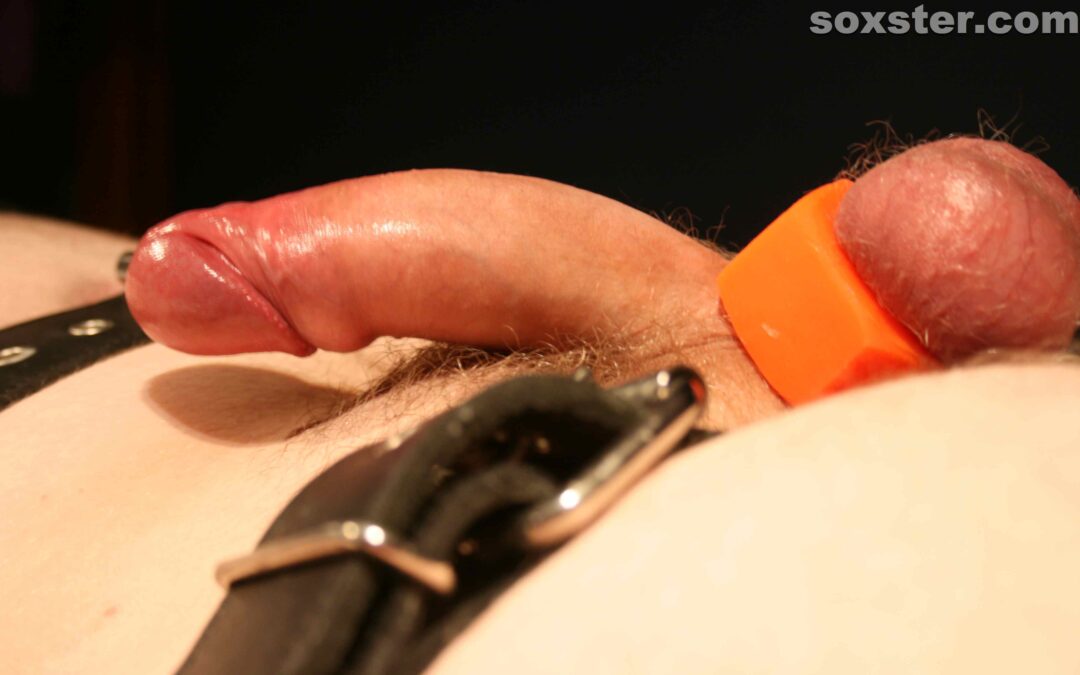 And now my side of the story….

Peter and I had talked about catching up before but he had gotten nervous and hadn’t committed to a session. But finally his horniness had overcome his teenage nervousness. He texted me to say he was waiting downstairs. I grabbed my keys and jumped in the lift to collect him.

He was perfect. Eighteen, cute as hell, hair on that light brown/blond divide, glasses that made him seem adorkable and a nervous country boy smile.  Before he made it into the lift I was already hoping that this wouldn’t be a one off.

We shook hands and exchanged pleasantries in the lift. When we reached my apartment door I made sure that he wanted to do the session, which he enthusiastically reassured me that he did.  I pulled the fur lined black leather blindfold out of the back pocket of my jeans and advanced towards him.

I blindfolded him, unlocked my apartment door and dragged him into my apartment, closed and locked the door and pinned him back up against the door.

I took my time running my hands all over his body. I gave him time to relax before I slowly stripped him naked. My hands explored every inch of his body…before I stripped and pinned him back against the door with my naked body pressed against his.

I don’t often make out with boys I play with – but Peter had a mouth I definitely wanted to explore with my tongue. He’s a very good kisser – again, something that is rare for beginner.

Considering he’s only sucked four cocks his oral skills were first rate. He didn’t just try to jam it in his mouth – he definitely wanted to explore my thick cock with his mouth and tongue. Savor it. Worship it. Really well done for a beginner.

I slowly led him into the bedroom where I positioned him standing with the bed behind him. I whispered in his ear, “there’s a bed behind you – trust me” and pushed him. There’s a knack to pushing blindfolded boys back onto a bed. You need to make sure it’s sudden and hard. If you do it slowly then they’re more likely to try and twist to save themselves – which actually increases their chances of getting hurt. Also, a short hard push means their legs will follow them onto the bed without the risk of hitting the bed frame.

When a blindfolded boy lands on his back on my bed there’s normally a short intake of breath, followed by them relaxing as they know they’re safe, and a dawning realization that they’re both more vulnerable than they thought and that maybe I can be trusted.

After lots of oral sex and making out I arranged him so his head was hanging over the edge of the bed while I fucked his throat.

I was really enjoying the vibe that Peter was giving off.  I decided to strap him into the leather restraints I had designed and had made up at The Leatherman when I was last in New York. It takes quite a while to strap someone into it and he was leaking precum as I ran my hands over his helpless body and made out with him.

He didn’t really like the electro. I teased the violet over his body and he winced and bit his lip adorably. It’s always hard to anticipate which boys will like it and which will tolerate it to please me. He was definitely in the latter category.

After more than an hour of playing it was time for the main event. I clipped the sling into place and released him from his leather restraints. I picked him up and lay him back into the sling. It was his first time in a sling. In fact it was the first time doing anything sexual since he had turned 18.

I left him in the sling while I retrieved a washcloth that had been soaked in hot water. I ran it up and down his clean ass crack to ensure it was squeaky clean. I spread his cheeks and rimmed his ass and his moaning began. I love vocal boys so this was a real turn on. I asked if he had been rimmed before – which he had – and asked if it was this good – which it wasn’t.

His eighteen year old ass had a fine dusting of golden hairs, but it was perfect. I really enjoyed making him moan and groan as I delved deeper. I rimmed him for quite some time….I had intended this session to be relatively quick but I was having way too much fun to rush it.

He cringed slightly as I poured the cold lube over his balls and watched as it slowly covered his ass. I had put on gloves and started teasing his ass with my fingers. I slipped a single finger into his hole and located his prostate – which was nice and obvious. I asked him if anyone had ever played with his prostate before which he uncertainly answered that he didn’t think that they had. I proved they definitely hadn’t a few seconds later as he started to writhe in the sling as I worked my finger to stimulate it.

His groaning was appealing. Incredibly polite as well – totally naturally answering my questions with appropriate deference, respect and wonder. I worked a few more fingers into him until I was pushing all my fingers from each hand into him. This was a hungry ass. My concerns that he wouldn’t be able to take a thick cock like mine had evaporated.  I’ve known boys who have been into prolonged fisting sessions that don’t loosen up as fast as this.  I told him it was time for him to get fucked and his bit his lip nervously (and adorably) with anticipation as I got everything ready.

I rolled down one of my larger condoms and started rubbing my cock up and down his crack.  It didn’t take long before I was slowly pushing into him – and he was loving it. My fucking increased in intensity…and it didn’t let up. We fucked for more than half an hour – which is pretty incredible for a beginner.  He was great at letting me know what he was feeling…which encouraged me to go harder as I knew he could take it.

I can’t wait to play with him again.