At IML there was a puppy panel convened to discuss pup issues: That Puppy Thing: A discussion of the Pup and Leather Communities

Panel Description: You’ve seen them everywhere, but what is all the barking about? How do the Pup and Leather communities relate to each other, and how do they interact? Please join Great Lakes Puppy, both International Puppies, and a panel of community leaders as they discuss the puppies’ place as leatherman’s best friend.

The demand for the event was much higher than expected. The relatively small room that was reserved for the session was packed out. There was an adorable moment where in order to make more space, they moved the panel’s table back further and invited puppies to come and sit down on the floor in front of the first row. Puppies love sitting on the floor and the space was rapidly filled with pups of all shapes and sizes.

The acceptance of female, trans and other pups was also discussed. The puppy community does seem to be more accepting of difference than many other communities. One of panelists was a female pup and described her interactions with gay boy pups at other events.

I asked a question of the panel about inclusiveness – and my experiences talking with a young pup who didn’t want to participate in a puppy event because he couldn’t afford a puppy hood. The panel talked about some of the ways that various pup groups have encouraged participation – including nights where they make harnesses for participants out of duct tape, where they make paper puppy masks, having spare knee pads available, doing more social events (such as BBQs or beach days) and embracing the leather community’s tradition of passing gear down to the next generation. There were some really good ideas put forward.

A very well attended and very interesting panel discussion that really showed that the pups are here and growing ever more powerful! 🙂 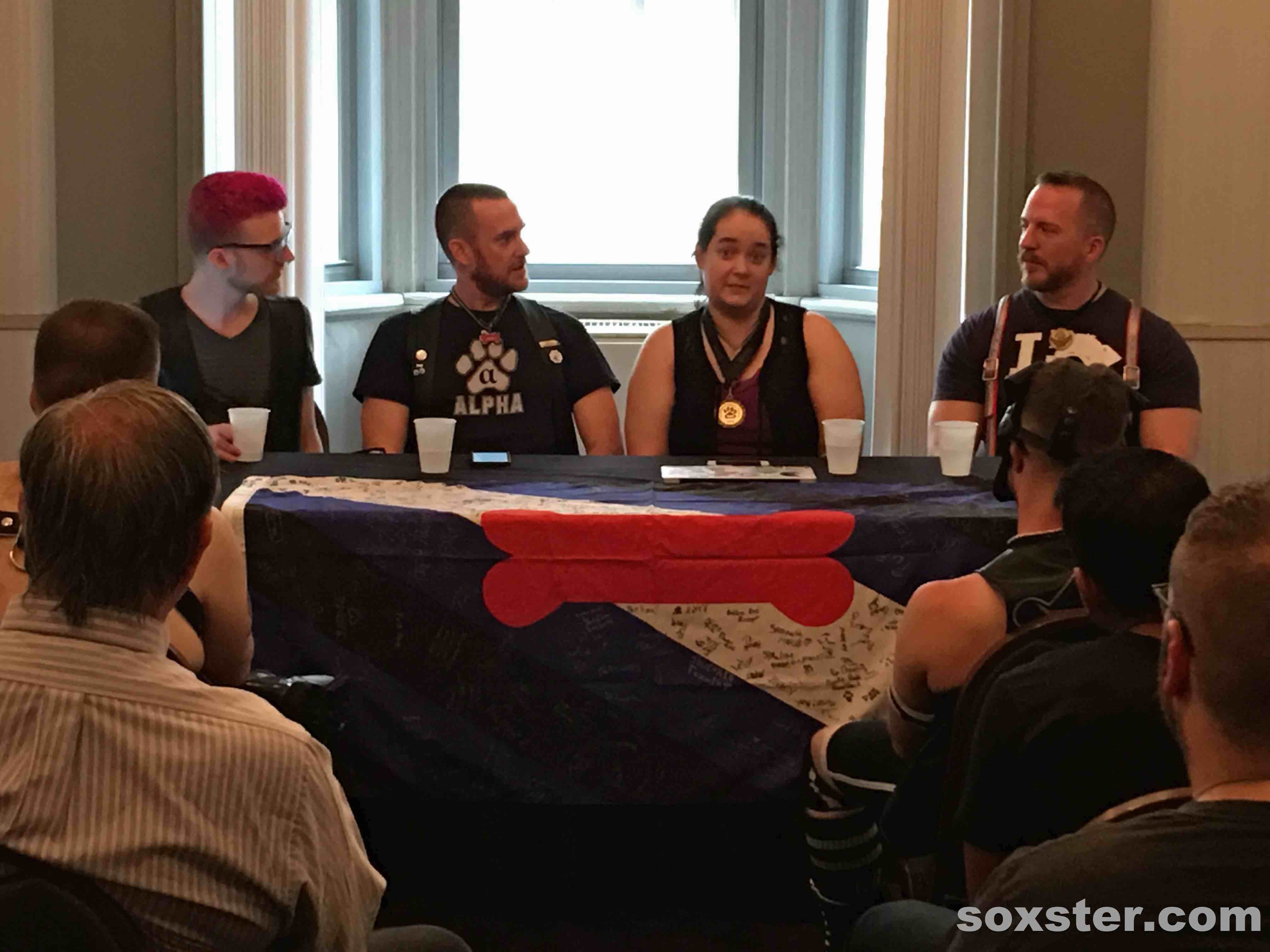 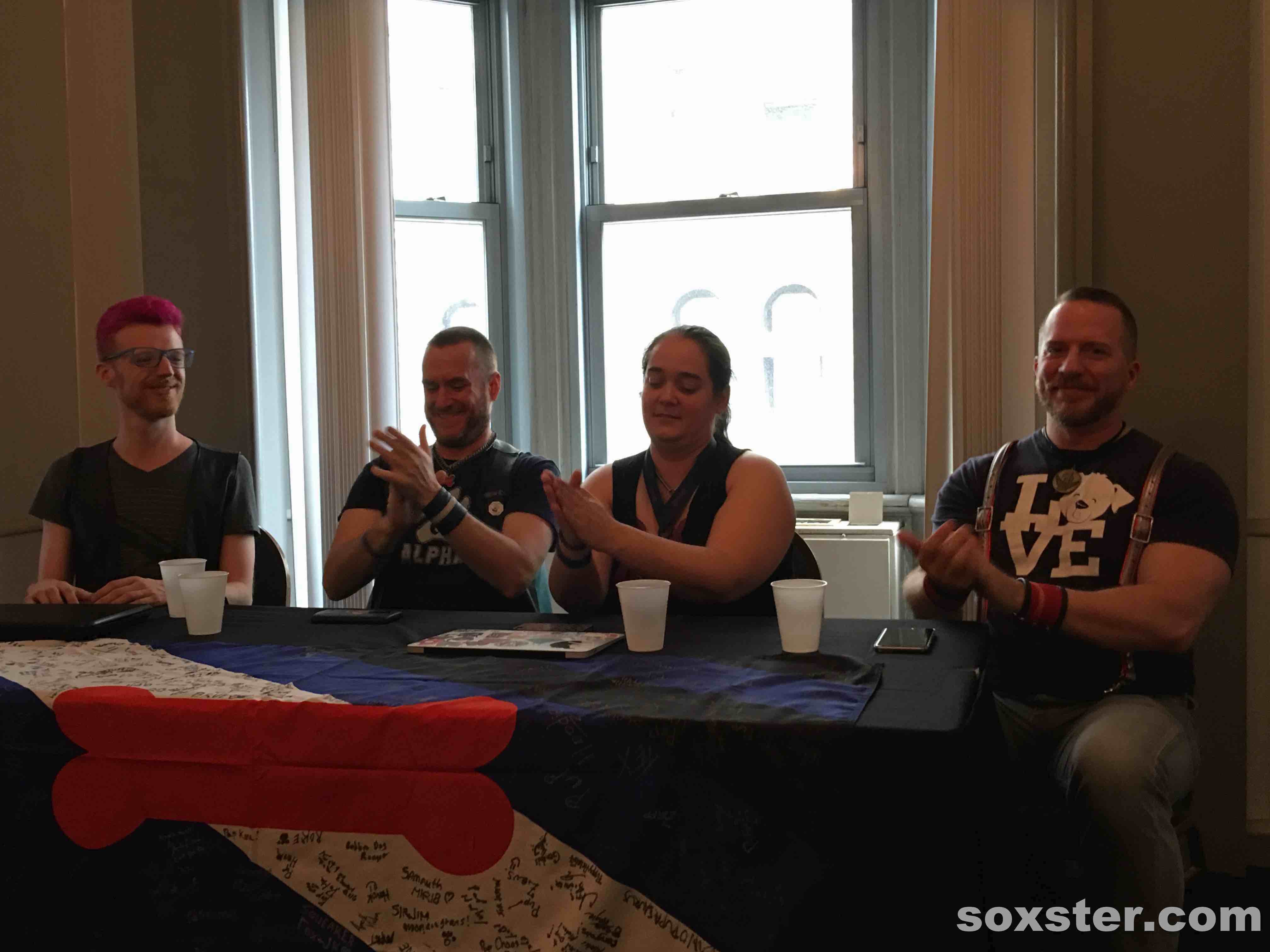 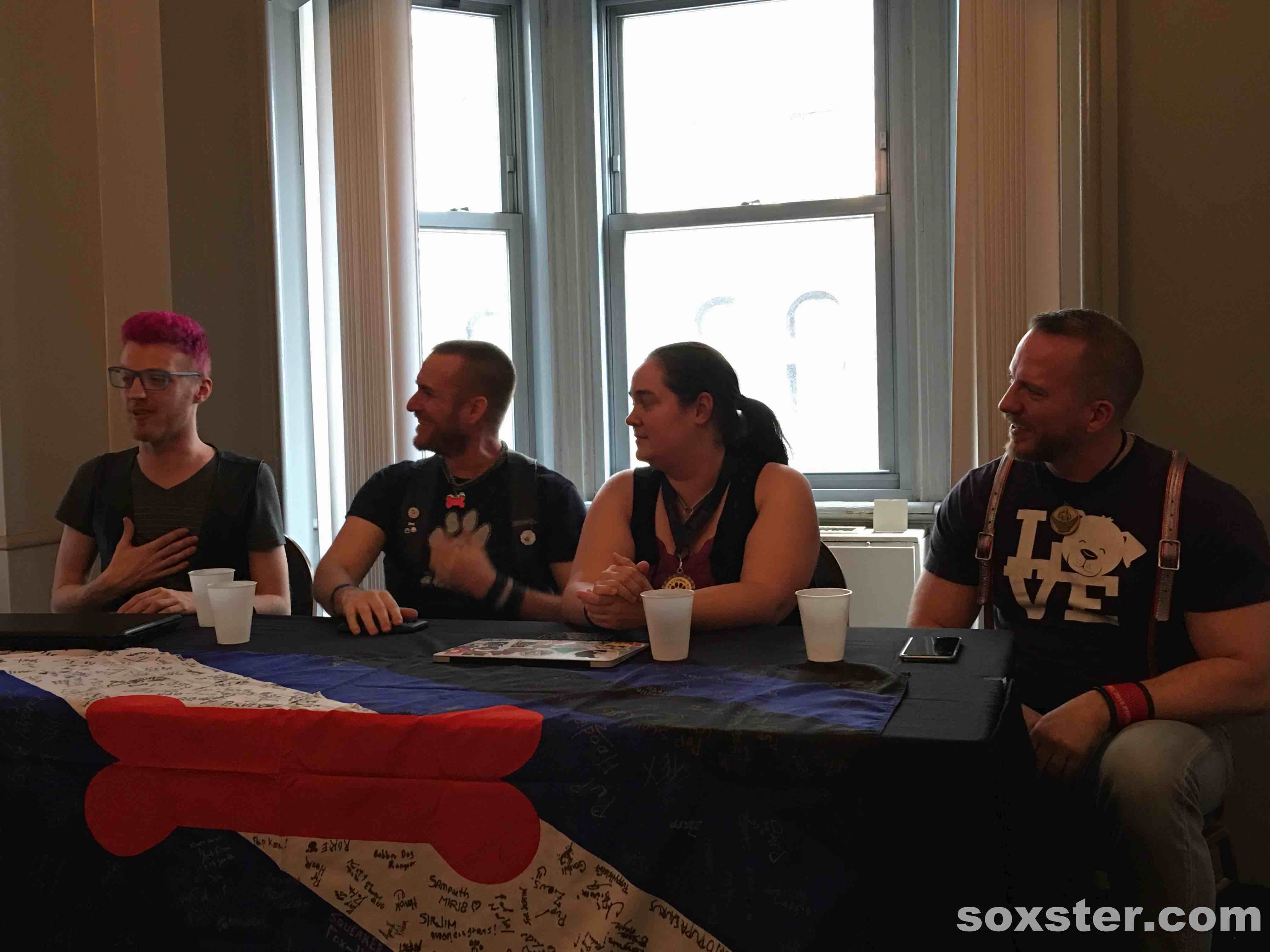 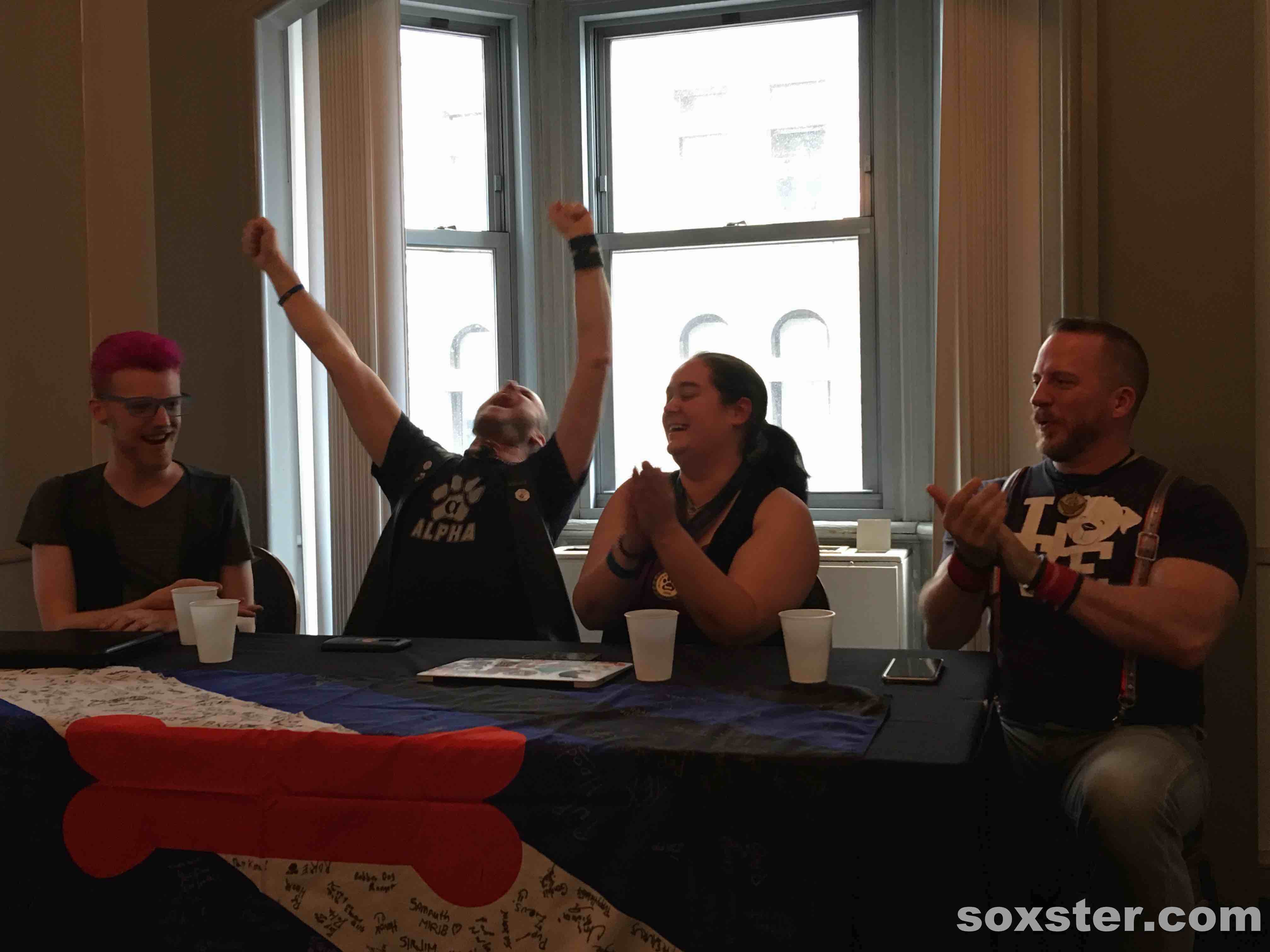 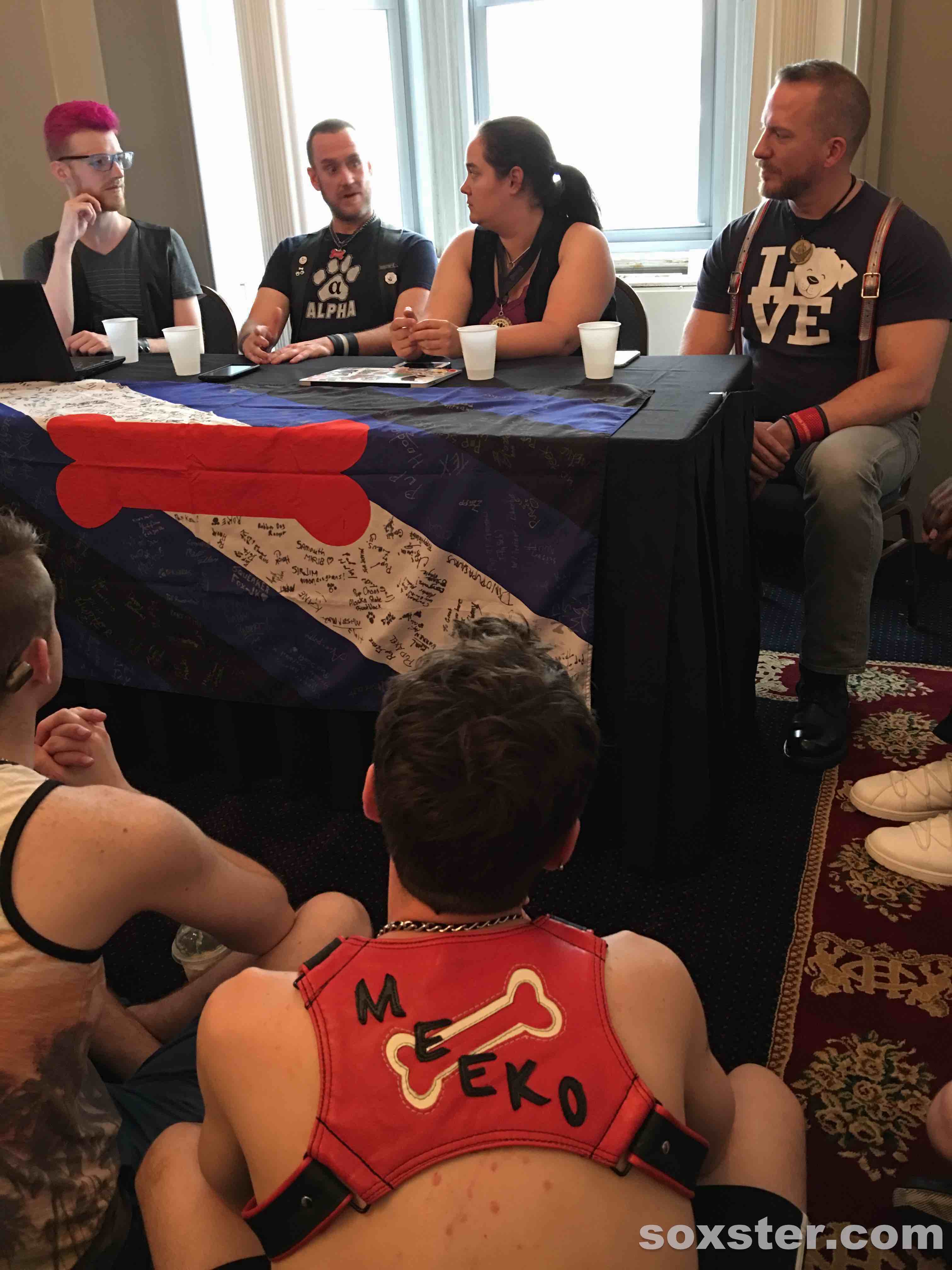