Noé wrote up a description of his third session…

I am a sub. If there was even the slightest doubt before, (there wasn’t but let’s pretend there was for narrative purposes), I can now say with certainty that I am submissive. The third session with daddy most certainly cemented that role for me and here’s how.

On my way over he texts me and says, when you get here open the door, close it behind you, there is a blindfold hanging on the doorknob. Put it on. Pretty much as soon as I put it on I feel his hand around my neck and he pins me against the door. We make out and take my clothes off.

Everything from here is a bit of a blur since I have no way of witnessing what’s happening, so I’m going to base everything on my sensations. Once my clothes are off, I feel his hands grab my body and push me from the door towards the bed. I suck his dick, we cuddle, make out and I suck his dick some more.

Then, and I don’t exactly remember the order, he either says he wants to hurt me some, basically beats the shit out of my ass at my begging and then ties me up, or the other way around. Again, the lack of vision and the fact that I almost reached space numerous times makes the order a bit of a blur.

Anyway, daddy after daddy ties me up, spanks me some, and has me suck his dick some more and gives me a good, beautiful throat fucking, I feel the leg portion of the tie come undone, daddy tells me to roll onto my back and undoes my blindfold but tells me to keep my eyes closed. He puts the hood on then puts the blindfold back on, and I hear the sound of a camera being set up, daddy then interviews me, asking me all sorts of questions which veer into very difficult territory for me as they deal with my rape and how it impacted my sexual desires and my sexuality as a whole. That was incredibly difficult for me to talk about, yet I frankly think being tied up, blindfolded and hooded made it easier as did being with daddy.

After the interview, he keeps the camera rolling, and has me find my way out of the tie. This one took me 9 minutes. Then he throws me back onto the bed and we cuddle. I actually now seem to remember that it’s here that daddy tells me what a good boy I’ve been but that for some reason daddy wants to hurt me, so he starts tweaking my nipples which makes me want to scream but I let daddy do it since I’m a good boy. He also squeezes my dick to pint out to me that the pain from the nipple tweaking is making me precum and probably to cause me more pain and it’s also here that he asks me if I want to get my ass fucked and I say yes since all I want is to make daddy happy. He inhales poppers and makes out with me having me breathe them in and I feel his mouth all over me biting me. Before we fuck he has me get on all 4s facing away from him and starts spanking, punching and then flogging me and it’s actually here that I ask him to beat the shit out of my ass. Writing this has helped to bring back the order of events.

After he beats the shit out of my ass at my own begging he lubes me up starts to finger me but finds I’m super tight.

Two things Noé didn’t mention – the first was that when he was on his stomach in rope bondage, I had my cock in his throat. It was mild predicament bondage – he could either strain his neck or just impale my cock into his throat. I enjoyed that. The second was that I had gotten a free female condom at Pride and I thought I’d try it out in his ass – it didn’t really work very well, but it was very interesting.  🙂 That’s the ring around his ass in the final pic.  He really does love comments – so PLEASE comment.  🙂 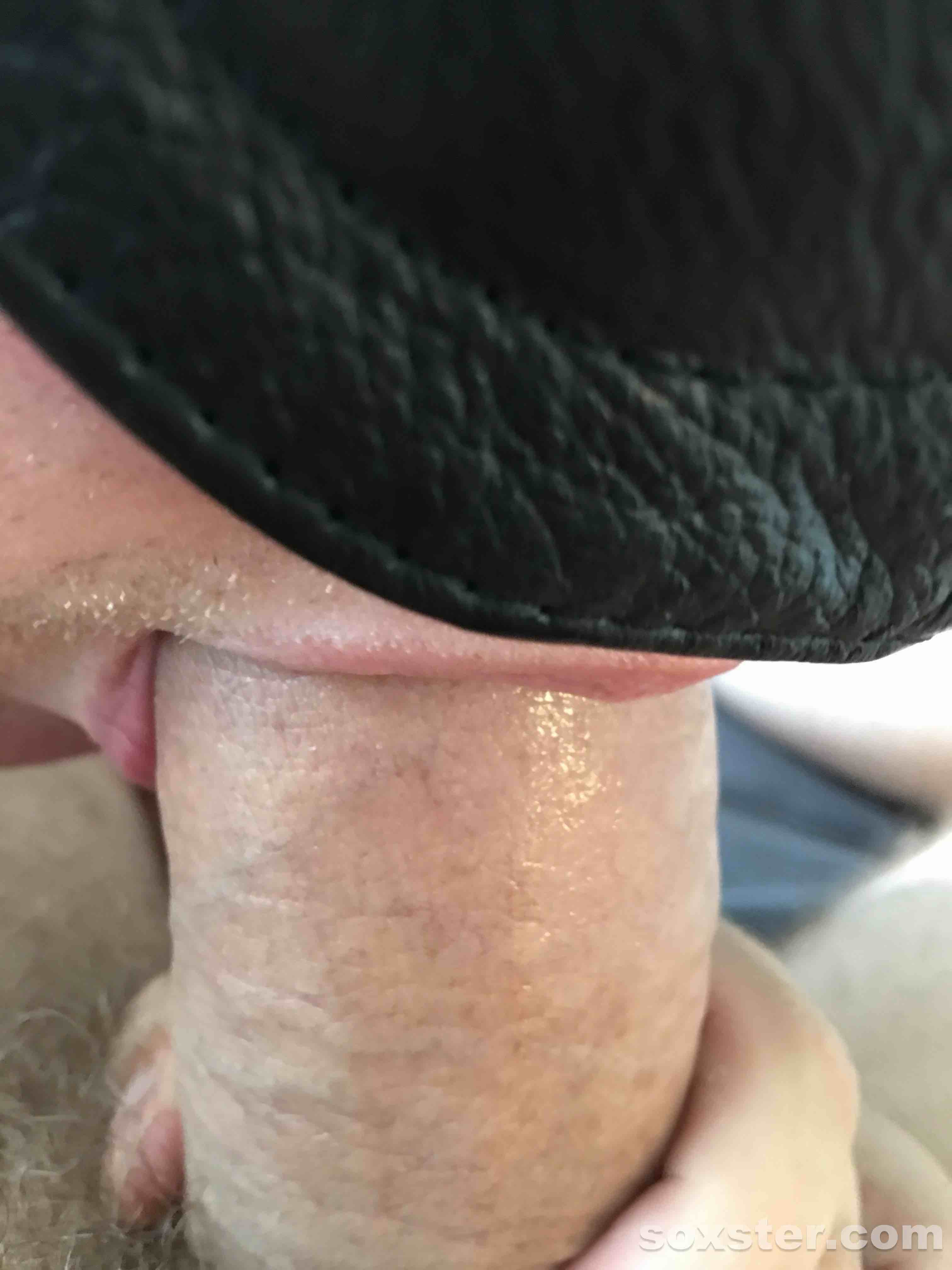 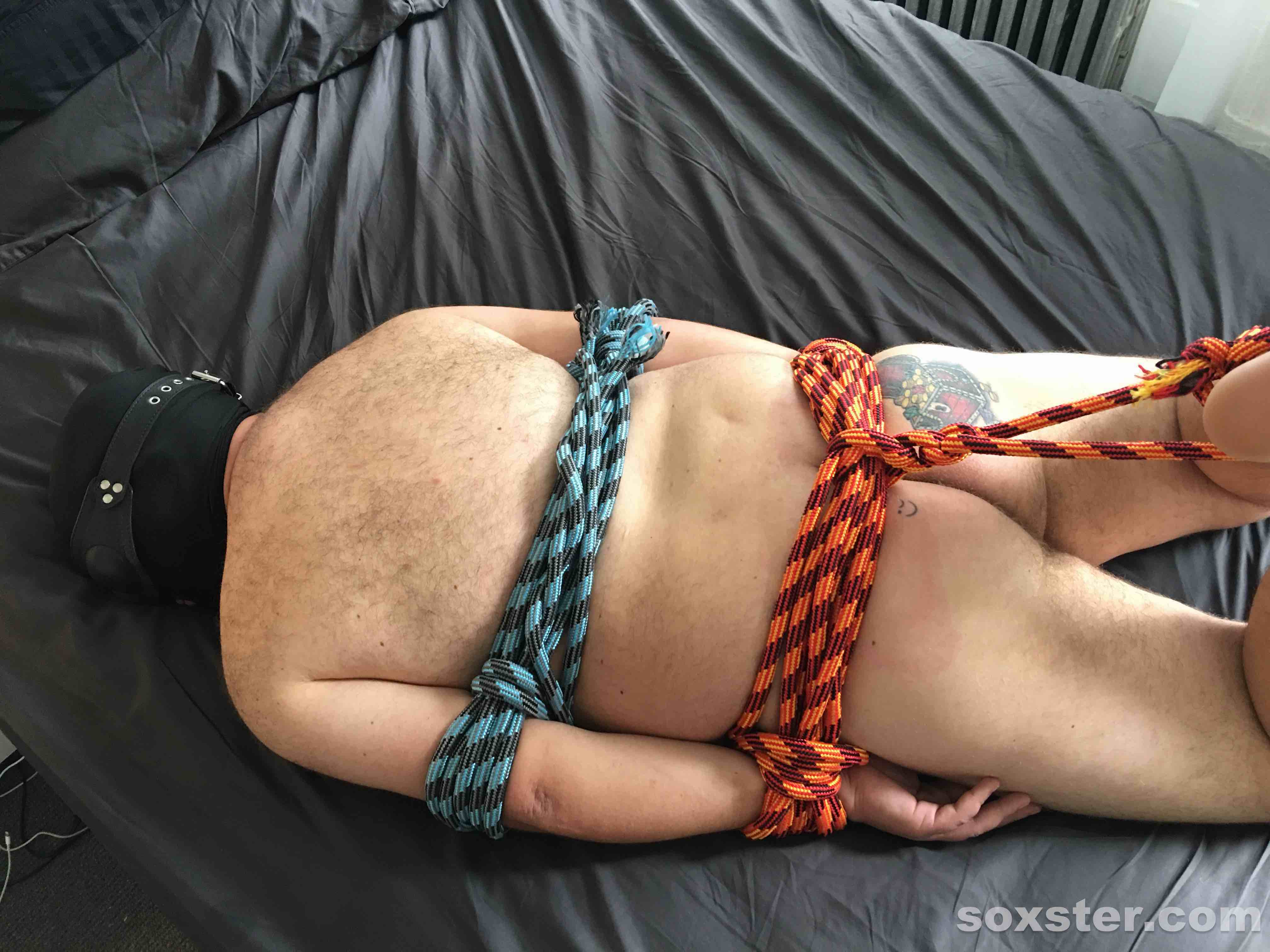 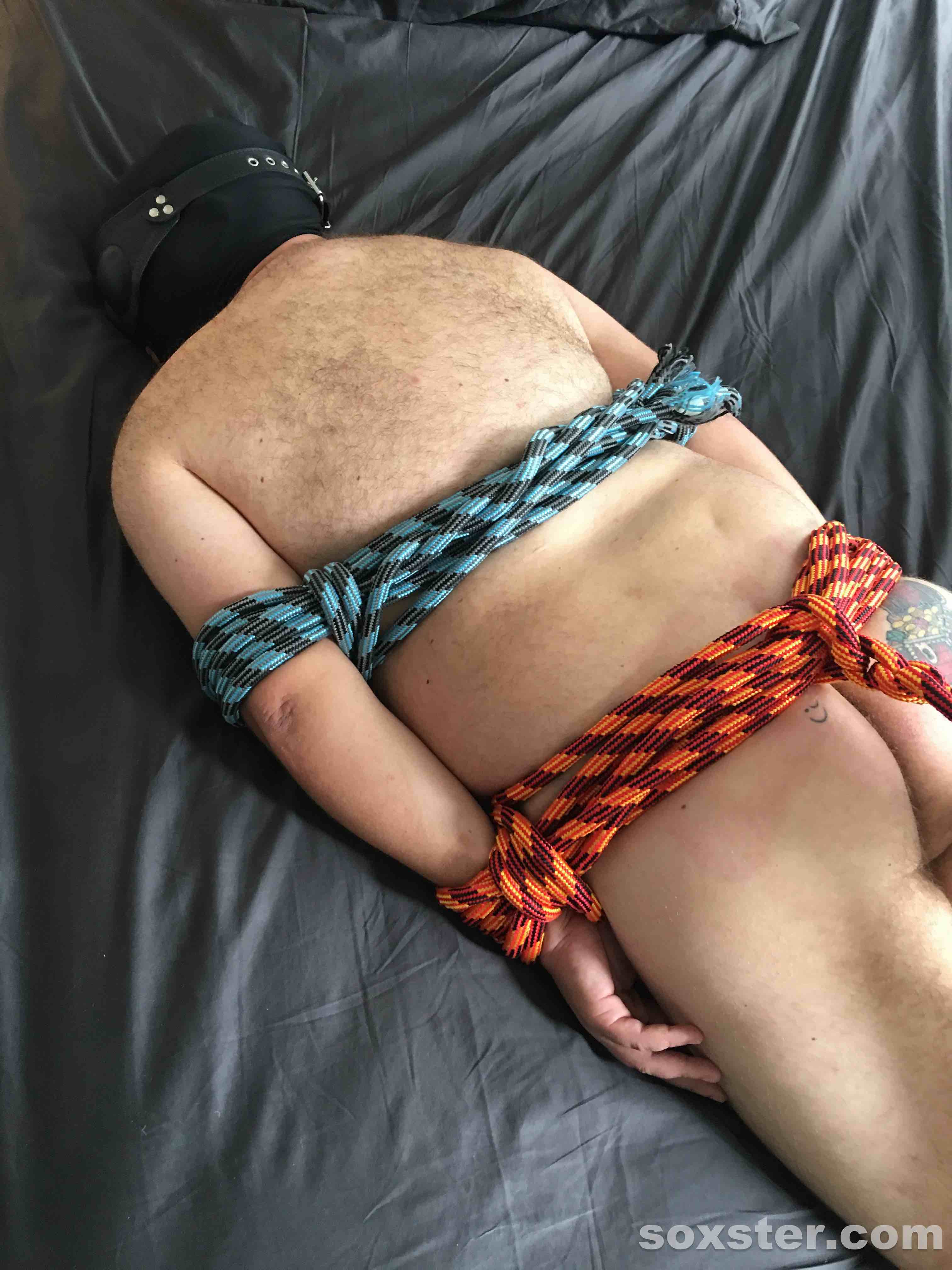 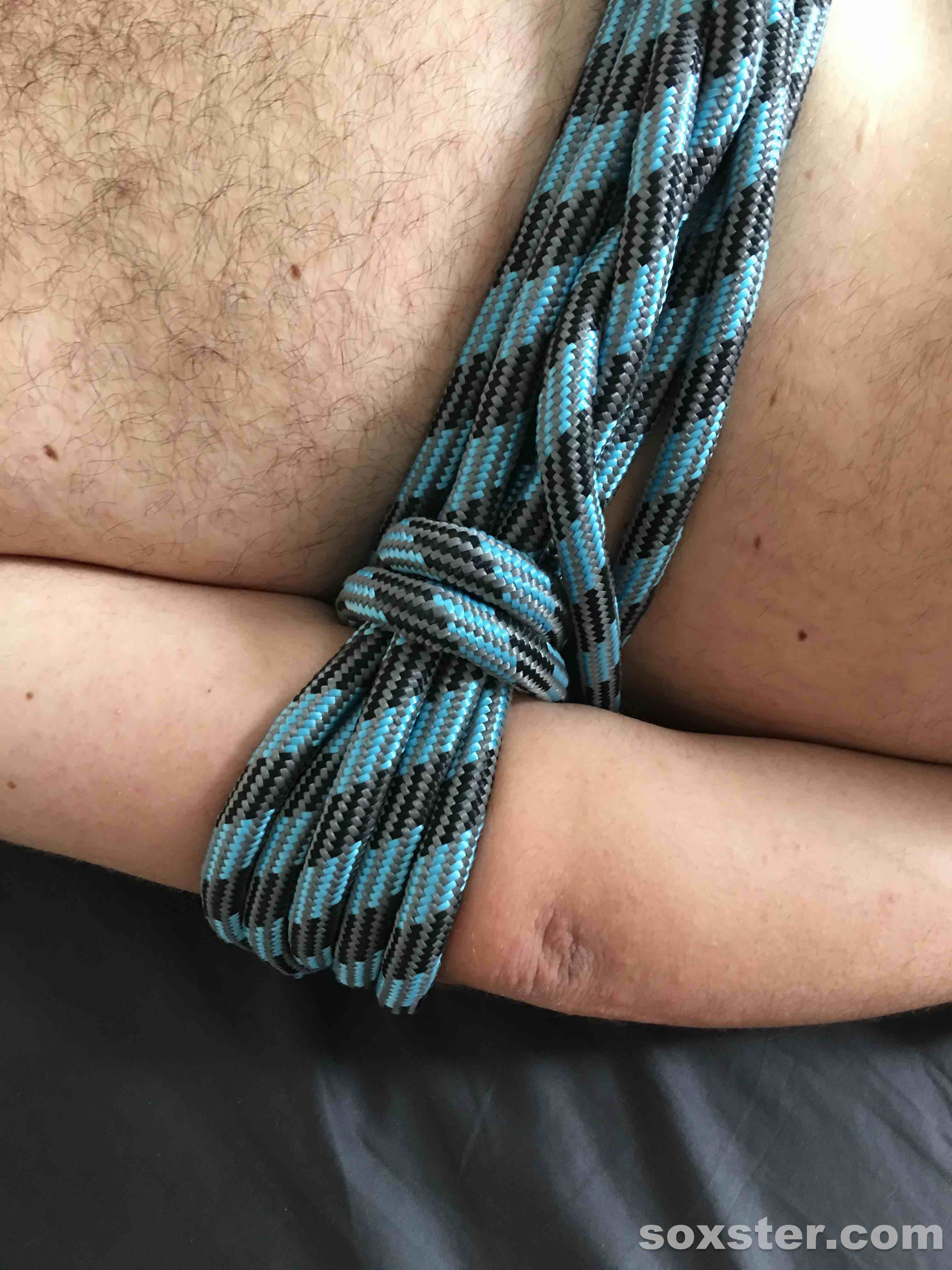 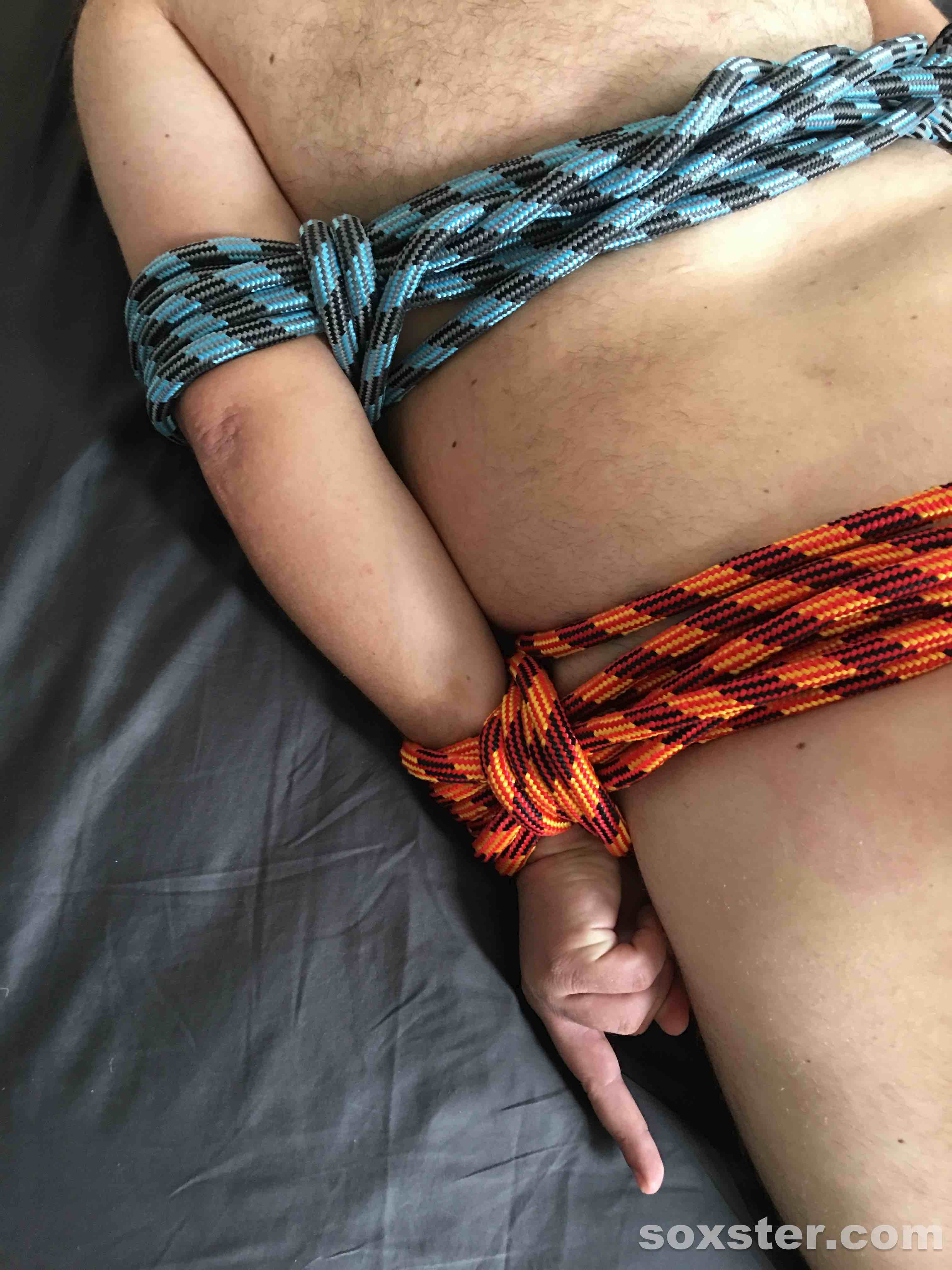 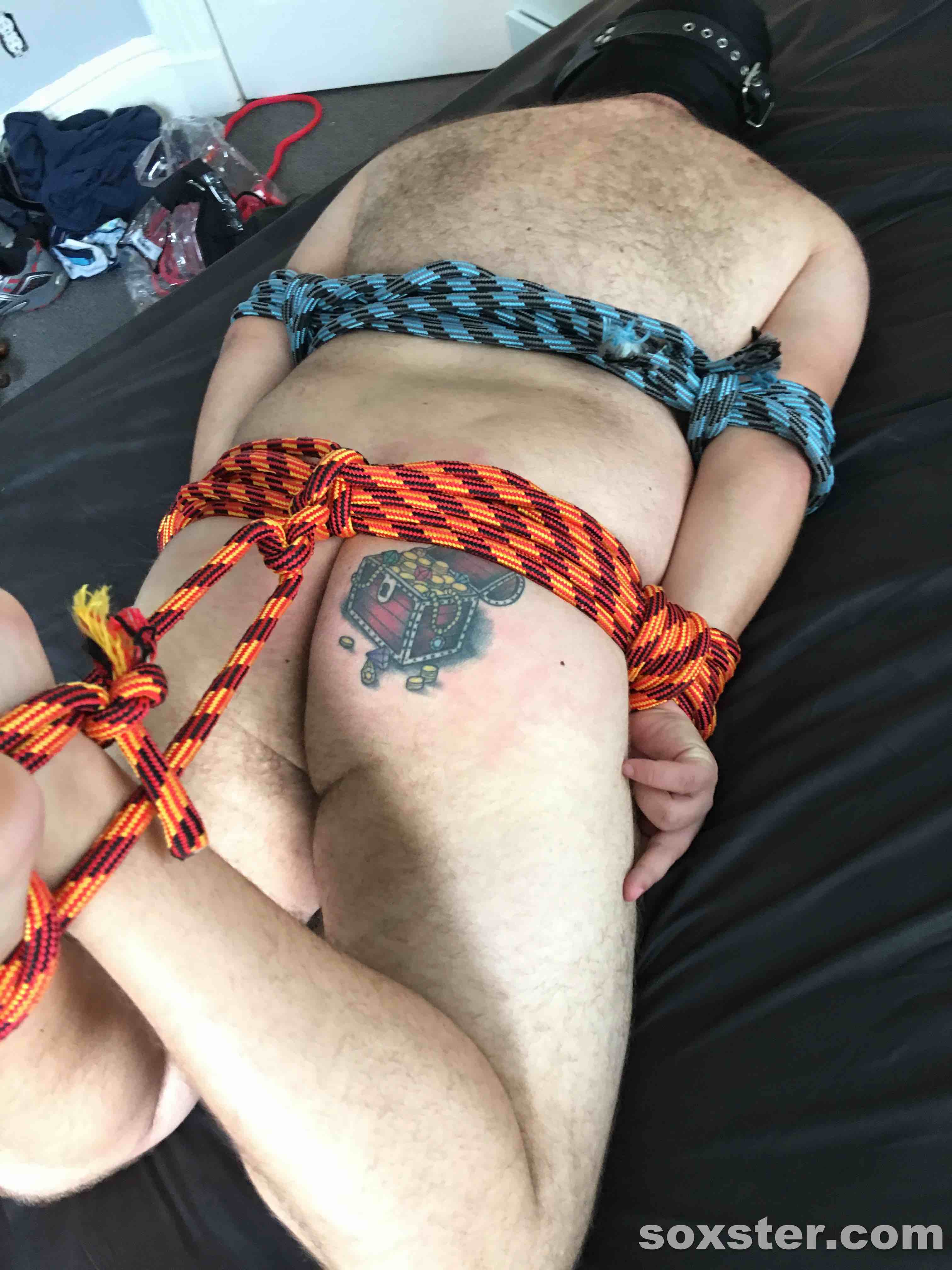 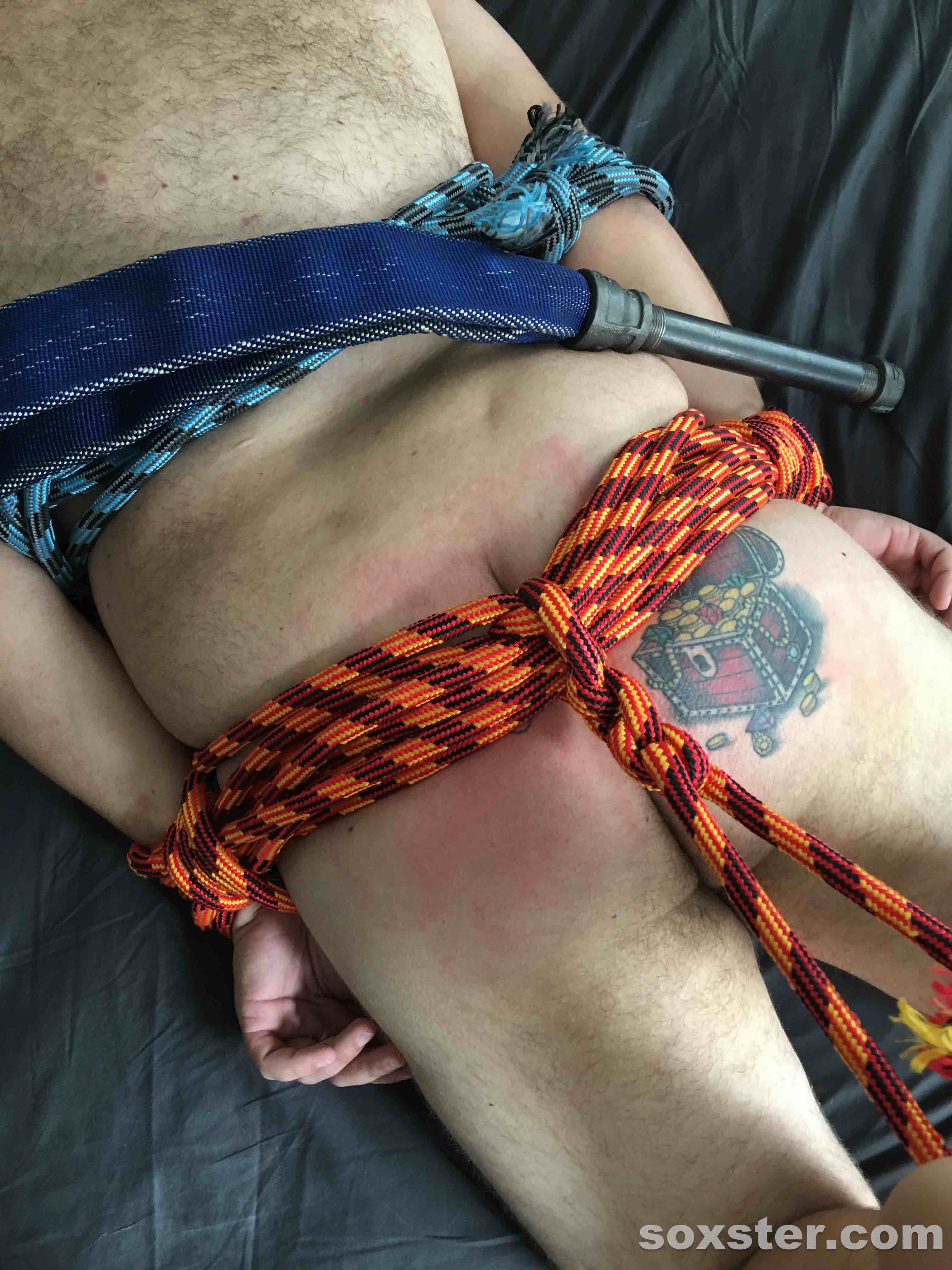 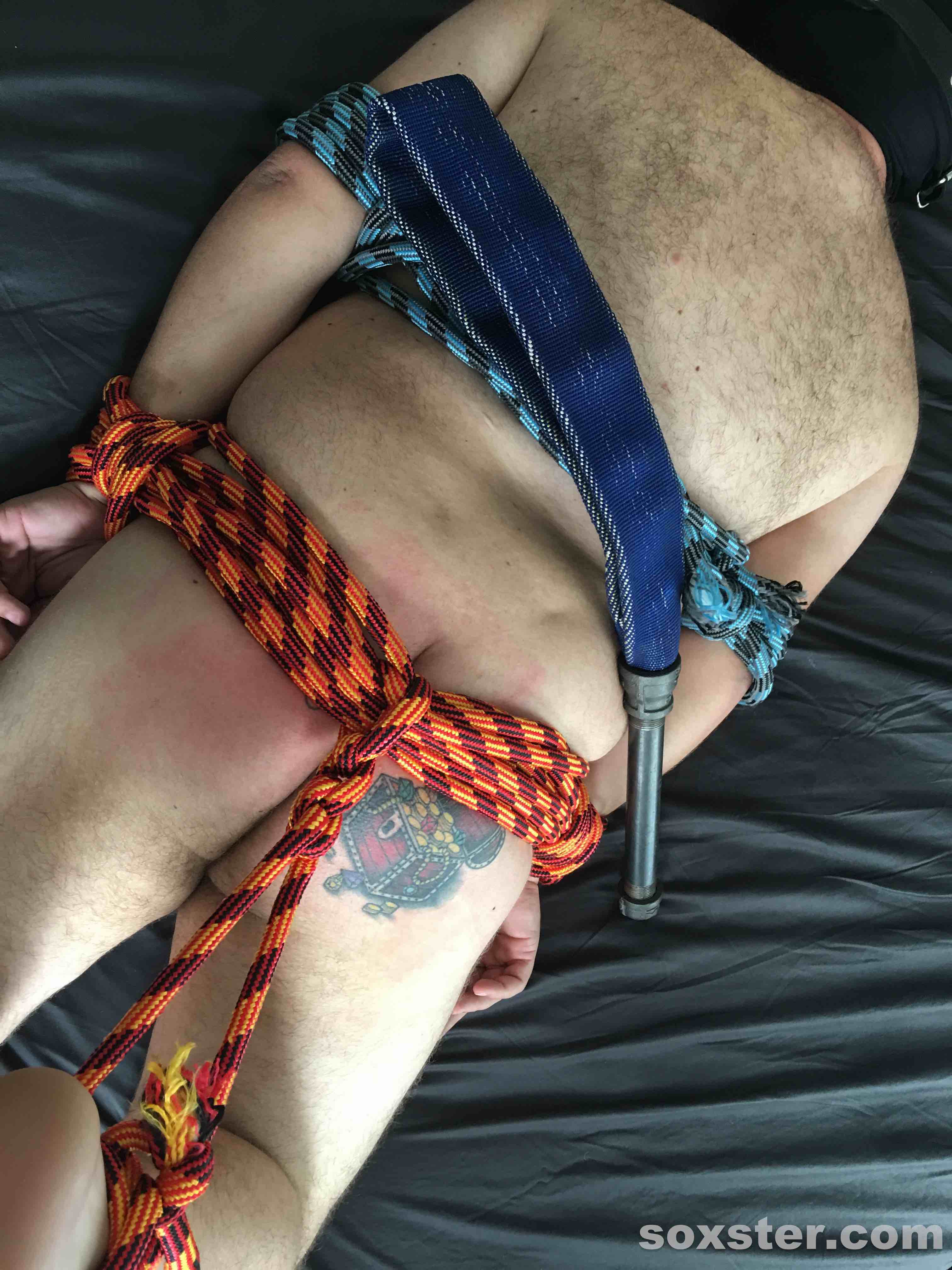 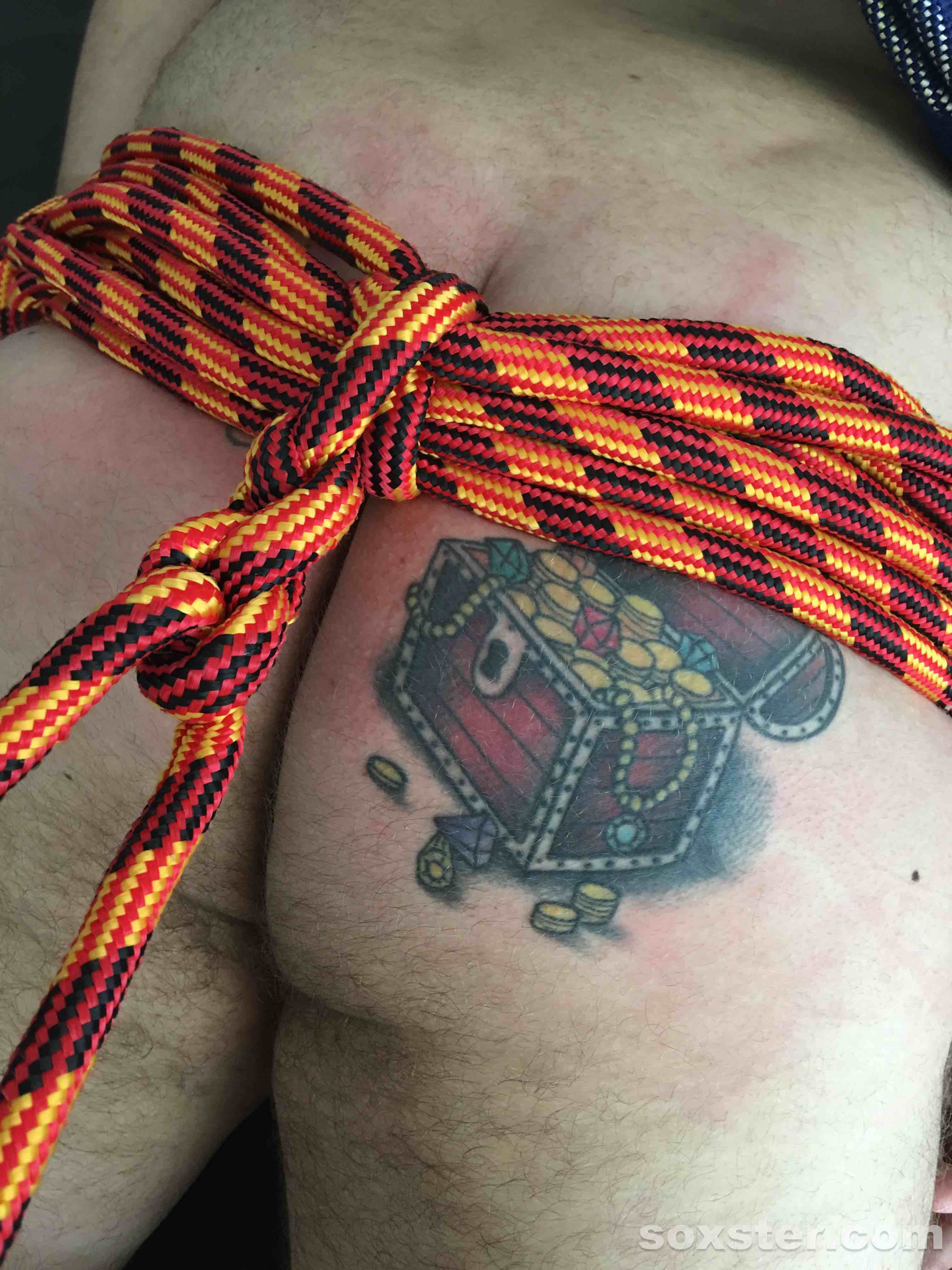 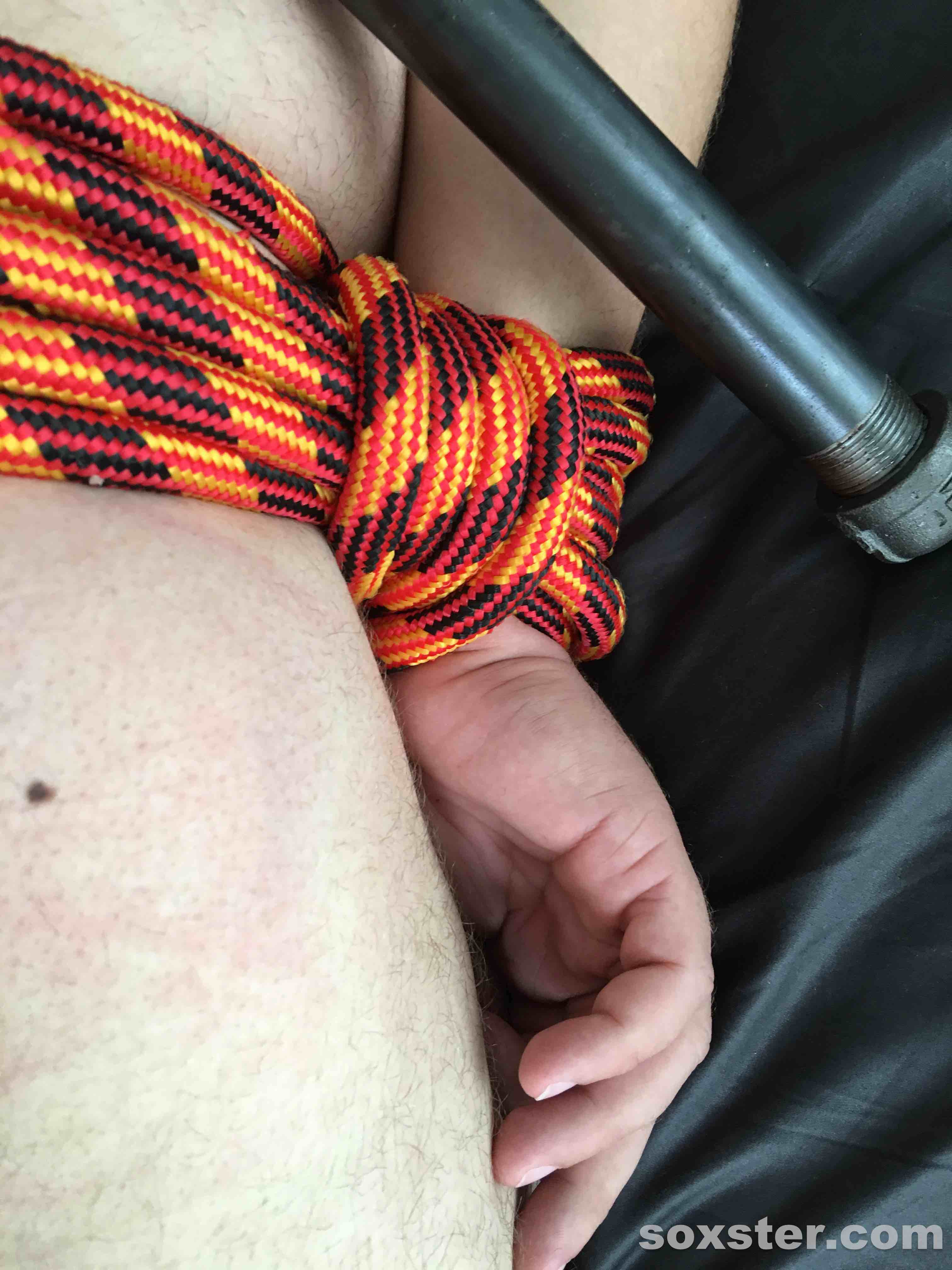 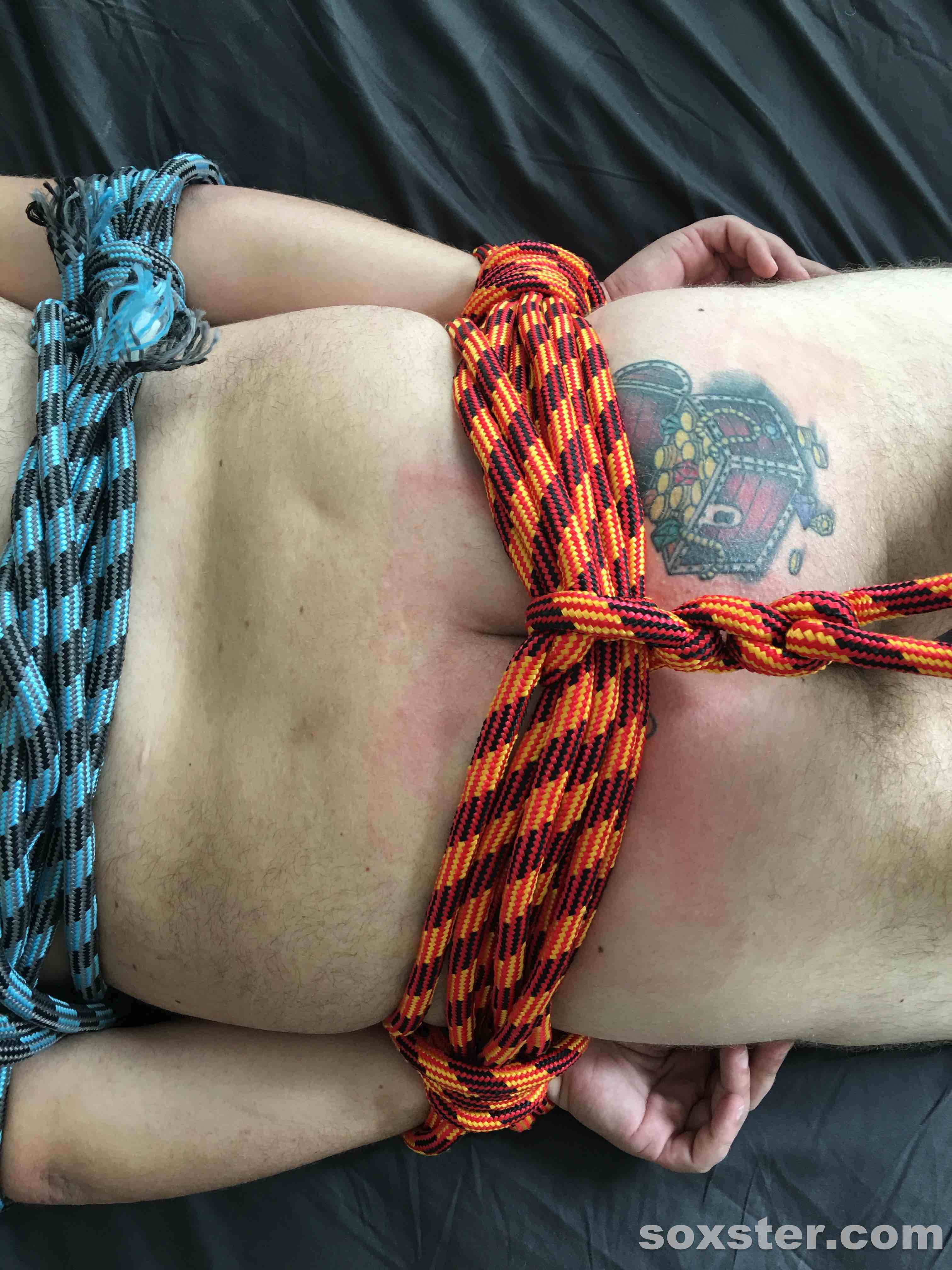 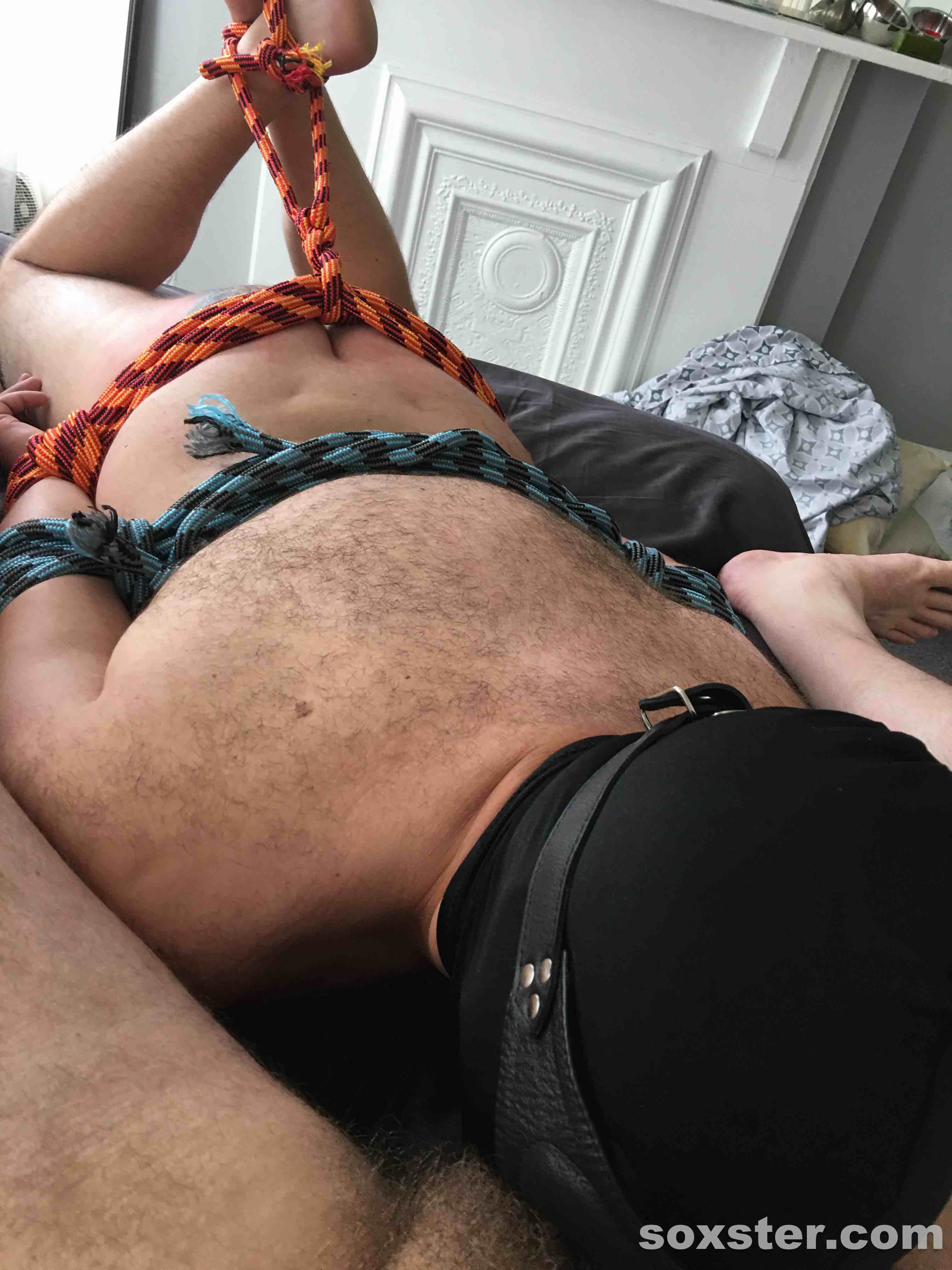 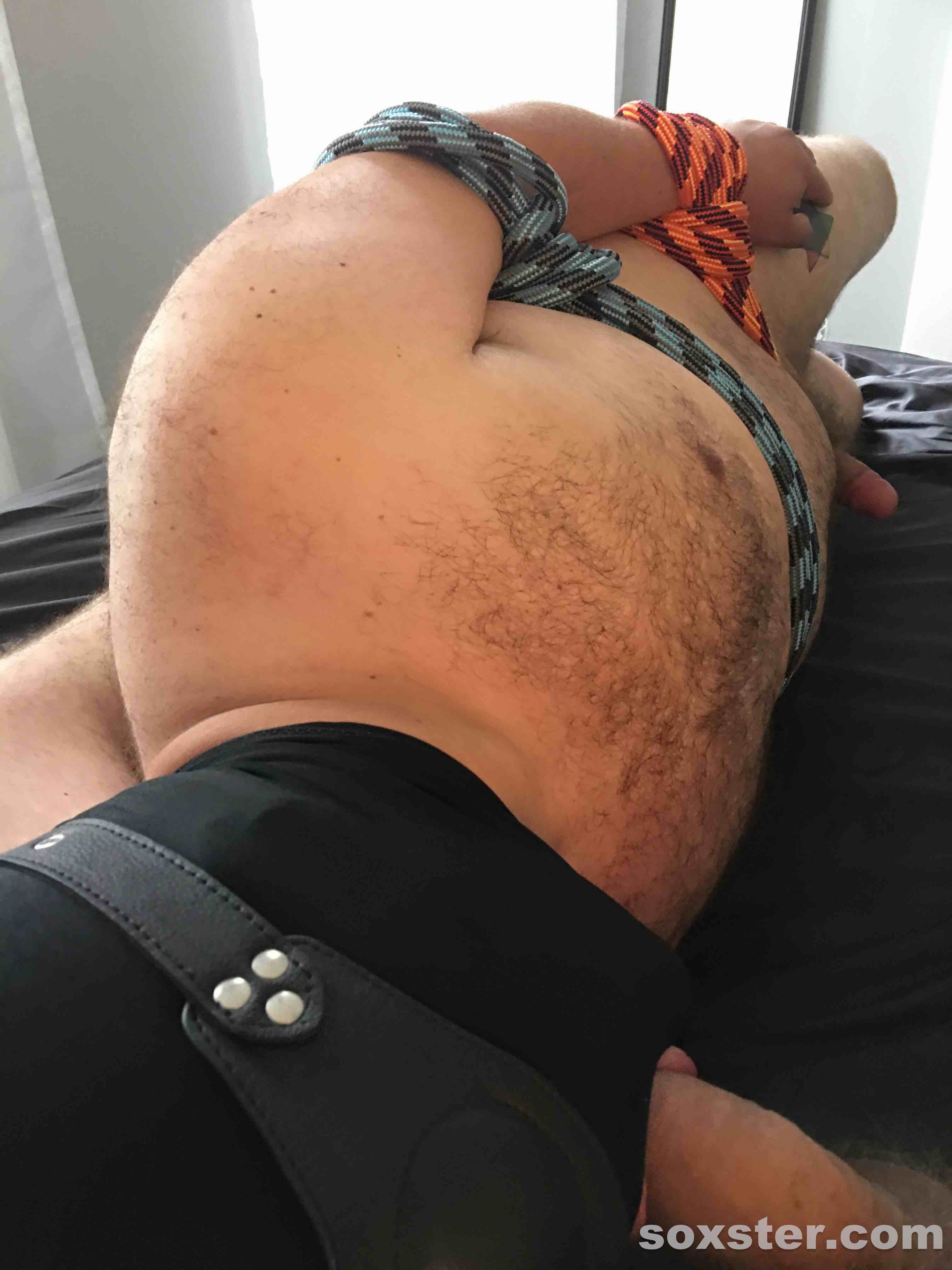 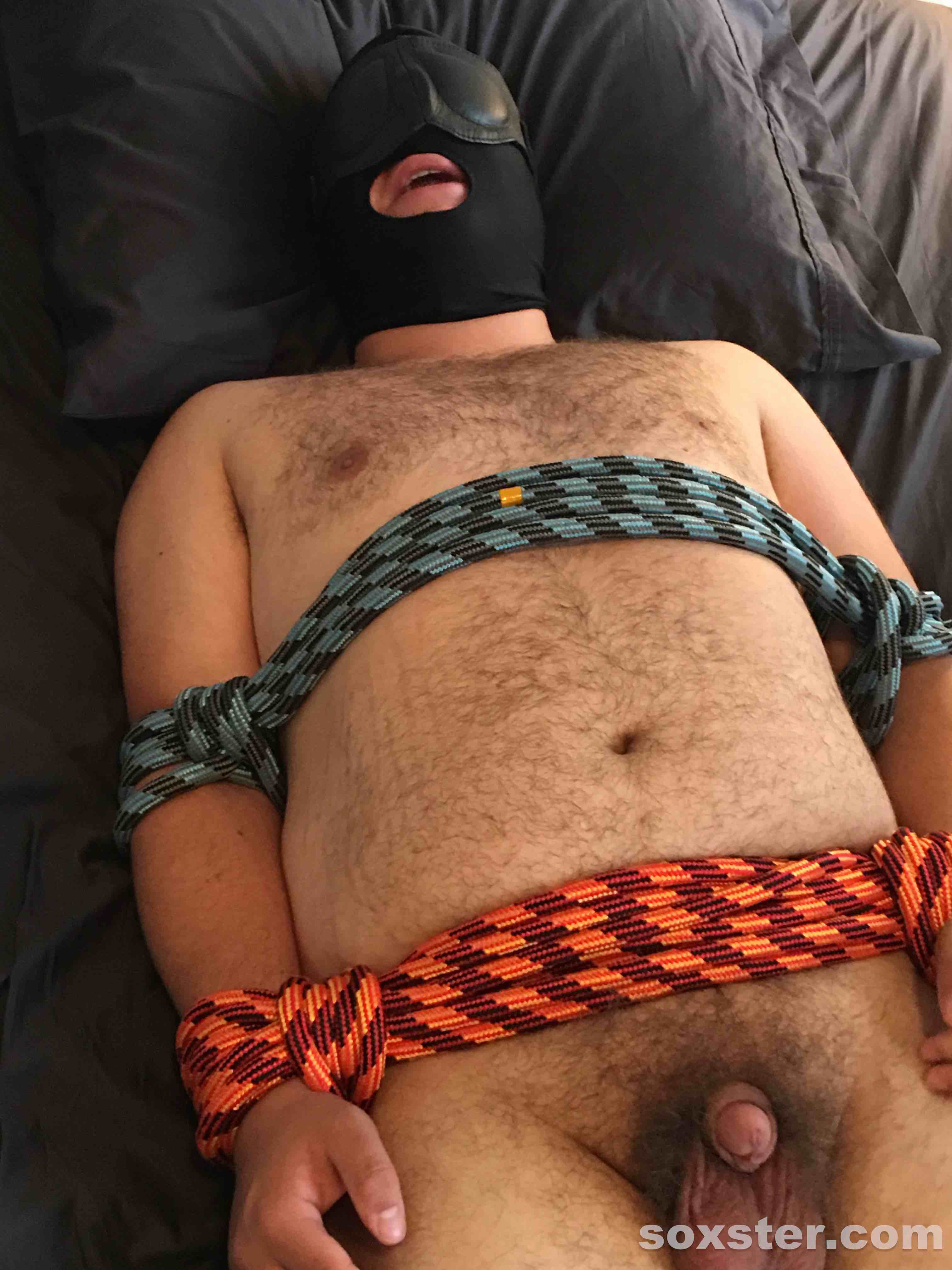 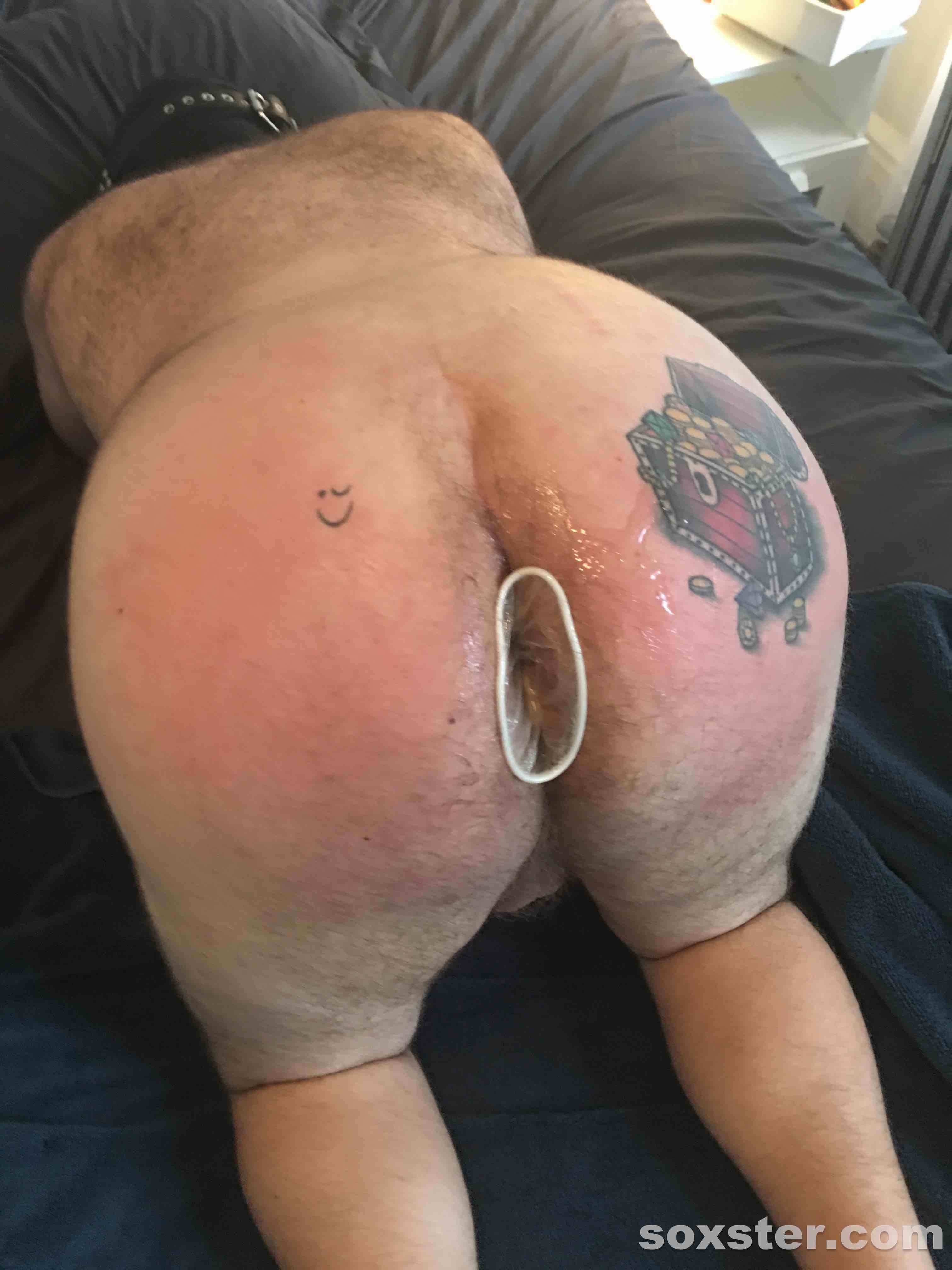