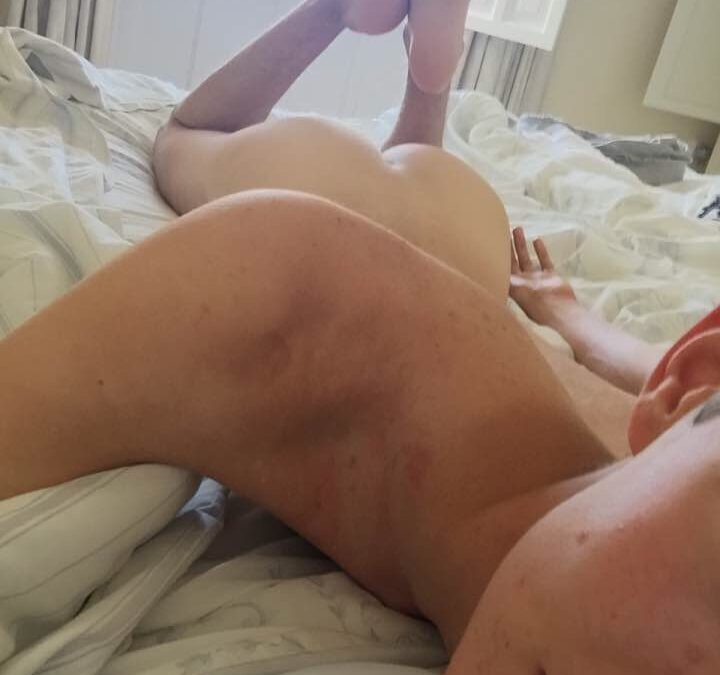 I’m really enjoying Reddit at the moment – so many guys willing to show off. One boy who caught my eye was Zach (Bottomtwinkboi) from Scotland who has been posting some great pics. If you like twinks with a naughty gleam in their eye, then you should definitely check out Zach – and if you live or are visiting Scotland, please fuck him senseless and send me the photos and videos! 😛  I asked Zach about a memorable sexual experience – and this is what he swears is a true account.

I turned up to the location the guy I had been talking to on Grindr had given me to meet, it was around 10 at night and it was pitch black and chilly in Edinburgh but he said to dress cute so there I was in skinny jeans and t-shirt under a jacket. He also said to wear a buttplug and chastity cage which had been the focus of much of our sexting. He turned up sometime later with his Ford and as I got in he gave me a kiss and looked at me with excitement in his eyes. He was 27 at the time and I was barely 18. He was just shorter than me at 6’0, had blonde boyish hair and an amazing Scottish accent and cock I’d sucked on many occasions.

He told me to prepare myself because the only other bottom had pulled out and ghosted him so I was the only fuck that was coming. I was horrified and nervous and horny at the same time, I was wondering if I should ask to leave or try to slip away when we arrived but we were already over half way there and my horniness and the feeling of having a buttplug inside me and my tiny cock aching in my cage propelled me forwards. I asked him how many were there and he said 4 excluding him.. I was shit scared. We arrived at his flat building and I could hear the music from just outside his door as we walked up, I almost hid behind him as we arrived and was seriously debating running away. Immediately I was drawn to the sight of the four tops in his flat. 2 studs around my Grindr hookups age and with hair muscly bodies, a twink probably no older than me but with a bigger build and lastly a much older guy (must’ve been mid thirties) with a Dad bod and hairy chest. The Dad-guy was sitting on the sofa completely naked slowly playing with his dick as the twink and one of the jocks were kissing and jerking each other off. The other jock was watching fully clothed. My Grindr hookup introduced me and immediately all attention was on me, I felt like a piece of meat and I absolutely loved it.

After my Grindr hookup striped me naked in front of the 4 watching horny guys they all said variations of “fuck”and “sexy little slut” as they saw my chastity and gaping hole from my buttplug.. it all escalated from there as the Dad-guy and my Grindr hookup picked me up and carried me to the bedroom with the jocks and the twink trailing behind. I was placed onto the bed onto my front and was ordered to lie still and arch my ass.. I don’t recall much of the following details because I didn’t really look back instead focusing of the feeling of a scratchy mouth licking and sucking on my hole and the tongue reaching in and licking inside me with occasional fat finger probing inside and brushing along the rim, I was moaning and trembling at this point and couldn’t believe I had gone from fully clothed and in the cold to warm and being used by 5 hot guys in a flat in under 30 mins.

The jocks and my grinder hookup were slapping their cocks on my ass and back and then onto my face as my Grindr hookup forced me to suck him off as the dad-guy furiously ate my boyhole out and spreading me open. The twink from what I learned later was recording with his phone. The sensation of the dad-guy licking and scratching my home with his stubble and my Grindr hookup filling my mouth and making me gag and the jocks feeling and twisting my nipples was too much for me and after having been locked in chastity for a while I cane trembling and sweating as I shuddered and my cum came milking out of my chastity and onto the bed.. I fell against the bed completely red faced and embarrassed as none of the other guys had cummed yet and here I was 10 minutes in and done already.. my Grindr hookup and Dad-guy laughed whilst one of the jocks was disappointed I think

I left soon after breakfast and meet up with the dad-guy and twink a few times after as well!

Zach seems like a cute boy…I did an interview with him:

A: Thanks for the great story – tell us a little more about yourself. How old are you?

A: How old were you when you lost your virginity?

Z: I lost my virginity to a guy on Grindr – he was around 30 and we fucked at his flat.

Z: The session was kinda awkward because it was my first time and I was sore but it was great – he was really sexy.

Z: A sweet and kind personality, masculine, loves displaying affection, but treats me like a whore in the bedroom. Around 20-28 years old as well.

A: What’s your best feature?

Z: Personally, I don’t think I stand out but I guess my personality? I try to be a nice person…if you want physical I guess how smooth my body naturally is. I only get a bit of hair.

A: You told me that you liked reading about Fickstutenmarkt on Soxster – is that a goal?

Z: Yeah the Fickstutenmarkt is definitely a goal of mine 😛 I’d love to be one of the subs.

A: Are you on Prep? Probably a good idea before you go and get fucked by two dozen guys? How many cocks do you think you could take in a row?

Z: I’m not on Prep but I definitely would if I was going into a situation like that. I think I could probably take at least five cocks? I have no idea what my limits are.

A: How many guys have fucked you?

A: If some generous guy offered to take you to Fickstutenmarkt would you go? You could double the number of cocks you’ve ever taken in one night.

A: Ever been fucked in a sling or in lots of leather?

Z: I haven’t been fucked in a sling, but I’ve been fucked wearing a collar and cuffs before – that was really hot, especially when he choked me with it.

A: You’ve been getting quite the following on Reddit – enjoying the attention?

Z: Haha thank you! I’m still amazing how many people like my staff My goal is to try and get as high as some of the way hotter guys … and I definitely love the attention – I get to see so many cocks and handsome guys but it can get quite overwhelming at times. Especially since I try and reply to everyone.

Z: I think that description fits me? And I keep hearing it but I still can’t believe it! I think I’m too skinny but I’d definitely love to take some of the cocks of some of the guys who say I’m perfect!

A: So what sexual goals do you have?

Z: Hmmm, at some point I’d love to be an older man’s houseboy….nothing turns me on more than the fantasy of doing his chores in a chastity cage and collar and greeting my man with my boyhole wide and open for his stress relief. Another goal is to go to a cruising site and do some public stuff, Maybe go to a nude beach and do some risky stuff…and I want to take two cocks in my hole at the same time. Fickstutenmarkt is my dream though – I wish the UK had one.

A: If the UK had one you’d be the centre of attention and other mares would get less attention! So tell the readers what else you’re into – that doesn’t involve your hole being lubed

Z: Video games, reading, browsing Reddit, watching YouTube and Netflix, and napping. Occasionally I go for runs and the gym but that’s it – I’m pretty basic.

A: And if people want to get in touch?

Z: If people want to get in touch it’s probably best to go through my Reddit – Bottomtwinkboi.

A: Thanks for joining Soxster.  🙂 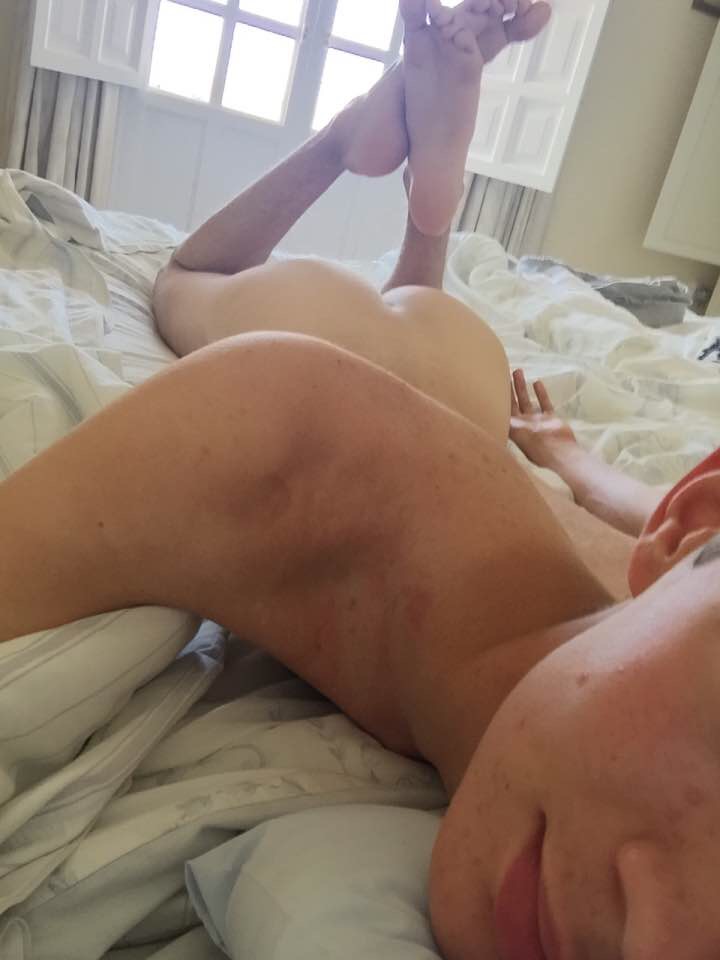