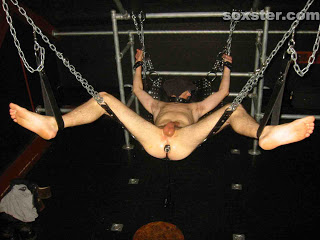 A write up of CumUnion I asked a fan to write 🙂
“I’ve been going to CumUnion ever since I started using PrEP a couple of years ago. I was a little nervous the first time I went. Despite a lifetime of watching Treasure Island Media videos and being gangbanged since the age of 15, I’d never taken a raw load and was looking forward to being bred by a few men. Luckily, it takes place at a venue that I’ve been going to for a long time – a gay sauna in the south of England – so I didn’t have to worry about unfamiliar surroundings.

CumUnion happens monthly in lots of different locations and I imagine the mix of people who attend varies greatly depending on the location. In my venue, the clientele are the usual sort of people who use the sauna – daddies, grandpas and their admirers. I fall into the last category, being a 29 year old (former?) twink who’s been having sex with men as old as 70 for the past 15 years.

I tend to go at the start time (9pm), which means queuing up at the door to get in which is awkward at first. The men tend to avoid eye contact but I like to smile at them to get them to loosen up and hint to them that I’ll be up for fun as soon as we get in. I try to stay for the whole six hours but most people stay for about two and leave after shooting their nut. This means that you can predict that you’ll start to get loads at around 11pm as the first arrivals get ready to blow.

Going into the sauna, it seems at first like any other time but then when you go upstairs to the play areas, you see that all the doors to the cabins have been chained open. This means that you can’t go into a cabin with a man for some private time – all sex has to happen out in the open. In other words, you’ll always get an audience and you’ll usually get other people joining in. CumUnion is definitely not for the picky or fussy. You’ll get, at the very least, groped by men you may not be attracted to. Personally, I love all kinds of men and very rarely turn anyone down. In other words, it’s the perfect event for me.

It used to be that when you need a break, you can usually go back downstairs but at CumUnion, people tend to fuck everywhere. I know I have certainly been fucked in the hallways, in the lounge and even at the lockers as I’m trying to put my clothes back on to leave! On a normal day, you’d be told by the staff members to move upstairs, but at CumUnion you can get away with it, especially later in the night.