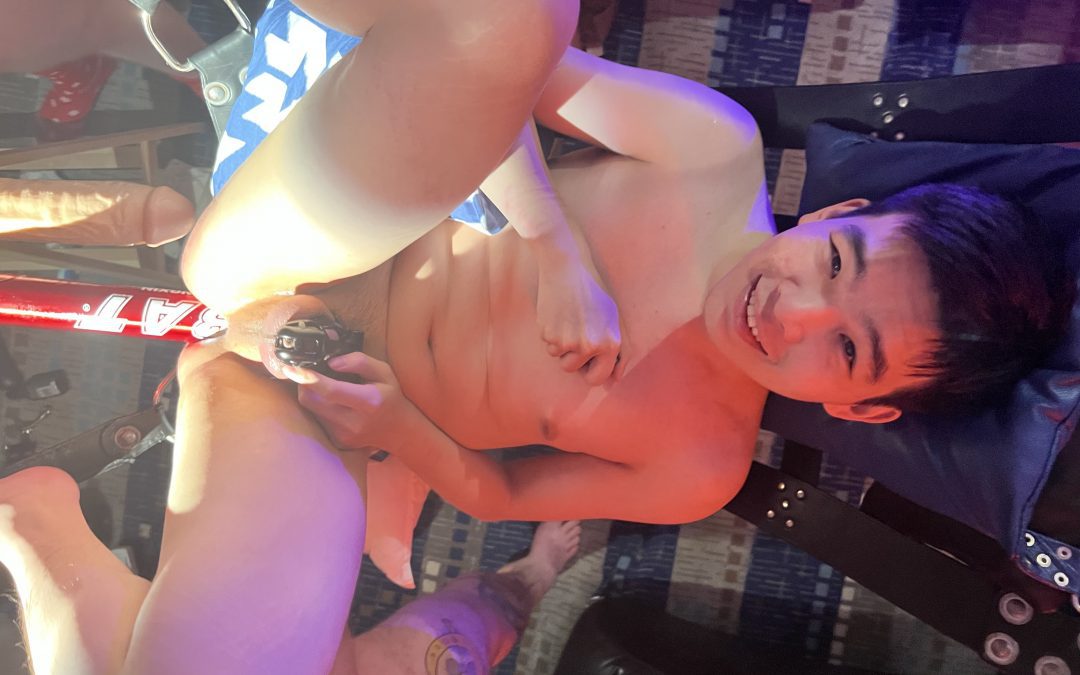 A write up from Eirzirn of his first visit to a Soxster pizza party:

Obligatory first Soxster party! The theme was Underwear Party, which, didn’t last too long because it we all stripped out of our underwear relatively fast!

At some point I moved into the playroom, which I had very much eyed with excitement when the wondrous Sir Soxter gave me a tour of the apartment. I spent most of my time there bent over on a fuck bench, holes being used, front and back. I hardly could tell who was using me, or even how many people had. Combined with

the goings on around me, which included two fellow men being fisted, I basically was in piggy heaven.

When you’re being continually used like that, all you can do is focus on the different sensations; the cock in your ass, it’s size and shape, and sometimes, if it’s even got a few piercings! The cock in your mouth, which sometimes triggers your gag reflex (I’ll work on it, I promise!). The tightness of the cuffs your hands are stuck in, or the feelings of the  different paddles you’re getting smacked with. Or, the anal toys, long or fat, soft or hard, all stretching you to limits you didn’t know existed. And then there’s the bloody metal cactus, now that’s something devious. And then at some point someone suggests you take a fist and you just say yes!