Three subs in a room bitching……Part 1 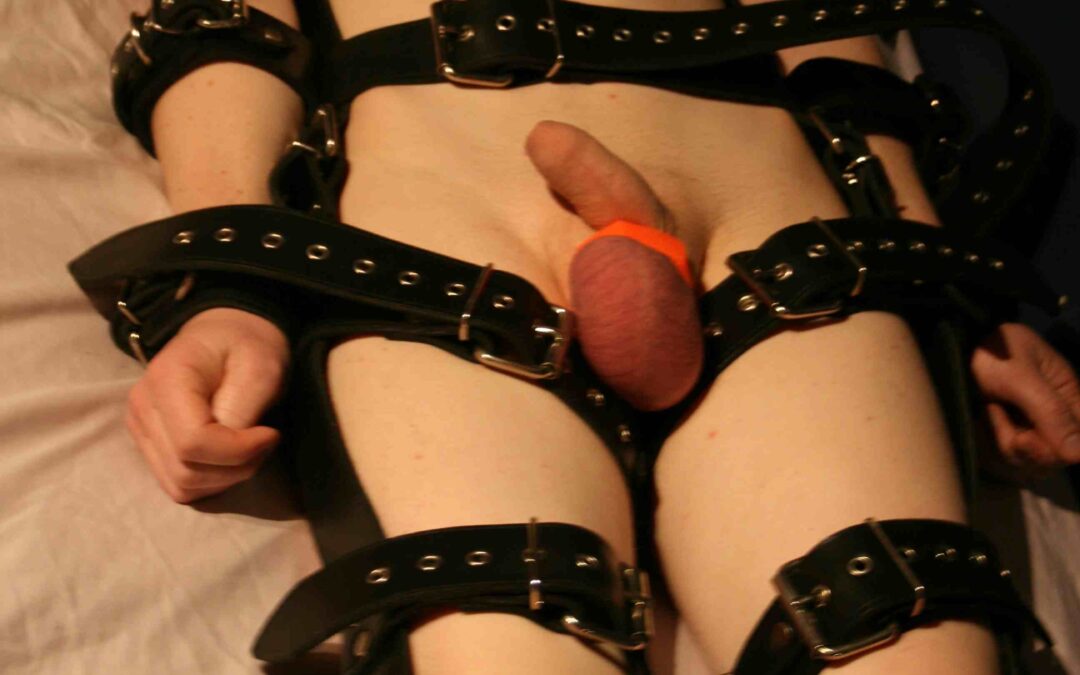 I had an interesting session this week. I invited over three subs and we had a fun bondage evening. I was assisted by 20 year old who I’ve worked over previously. He really has a great future as a bondage top – his tape work skills are just excellent.  🙂  I think the highlight for me was when I looked down and we had three boys tied up in different styles – one in leather, one mummified and one in ropes.  🙂

The following description of the session was written by Scooba – a mid 20s blond boy with a great body and an ass that is quite simply a work of art. The only problem is that he’s essentially straight. He enjoys fooling around with guys but in more of a ‘fun with mates’ kind of way as he isn’t really attracted to guys sexually. Which is a shame as I would love to fuck him senseless. The other boys were Michael and Wahmiq. Here is Scooba’s description of the evening…

My First Play With Andrew Soxster

After receiving an invite to come and play with Andrew along with two other subs as a sub, how could I resist :).

The next thing I knew I was outside his place knocking on the door, he handed me out a blindfold to put on before I could come in. On entering his place he pushed me up to the door, while he ran his fingers down my body, slowly stripping me, it was a great feeling.

He then lead me to the bedroom, which while you are blindfolded seems like a maze 😉 but it all adds to the sensation. Pushing me onto the bed, there was a leather contraption, which consisted of numinous leather belts from head to toe. When Andrew strapped me into this amazing restraint, the feeling was of total immobilisation it felt awesome. I was then left there, unable to see what was going to happen, waiting for the other boys to arrive.

On the opening and closing of the door I heard the others arrive, I heard one of the boys complain about the blindfold, So I guessed Andrew was doing the same welcoming gesture that I received. 🙂 Soon after one of the boys was told to find out what was on the bed, he started feeling around finding me, he was then instructed to suck my dick 🙂

After Sir had finished mummifying one of the boys, I was then released and given a short break before stage two. During this time, I was restrained to a chair, where from all the moving around my blindfold had slipped down allowing me to move it by lifting my eyebrows, I hoped to get a glance of the place I was in. Unfortunately I didn’t realise that one of the other doms was watching me, So I got a smack in the balls for peeping. Afterwards I was untied and mummified, super tightly, it felt amazing.

I was then carried down to the bedroom (which when your mummified and been carried all you can think of is, please don’t hit my head) . They put me next to the other boy who was mummified and we were left to enjoy the restraint. Afterwards Sir exposed my cock from the wrap and used the violet wand, which bloody hurt for the 10secs he had it pressed, shortly before he released all but my head.

With my head still in-cased I was told to find the other boys mouth and put my cock into it, which is harder than it sounds, but I did it after a lot of feeling around 🙂 After having my cock sucked I was then taken to the bathroom, and released, told to get dressed and put on my blindfold, knock on the door and wait. Sir then led me to the door, we hugged, he took the blindfold off and pushed me out. I still have no idea what Andrew or the other two boys look like. Its a awesome feeling. I can’t wait to have another session.